Anthony Joshua believes he’s finally ready to step up and face the best heavyweight fighters in the world after beating Kubrat Pulev.

Firstly, Joshua defeated the mandatory challenger three years after their fight was ordered to score a ninth-round knockout. In the process, he retained his IBF, WBA, WBO & IBO Heavyweight world titles at The SSE Arena in London.

With 1,000 ticket-buying fans allowed into the building for the first time at a British fight since the COVID-19 pandemic began, Joshua’s entrance was met by a roar from the crowd.

He floored Pulev heavily on three occasions, twice in the final round, and ended the fight with a vicious right hand.

Joshua’s performance would have demanded the attention of WBC ruler Tyson Fury – who AJ has largely avoided for some time.

Doing similar with Deontay Wilder until the American lost, Joshua ultimately didn’t have to face ‘The Bronze Bomber’. UK fans are hoping this won’t be the case with Fury. 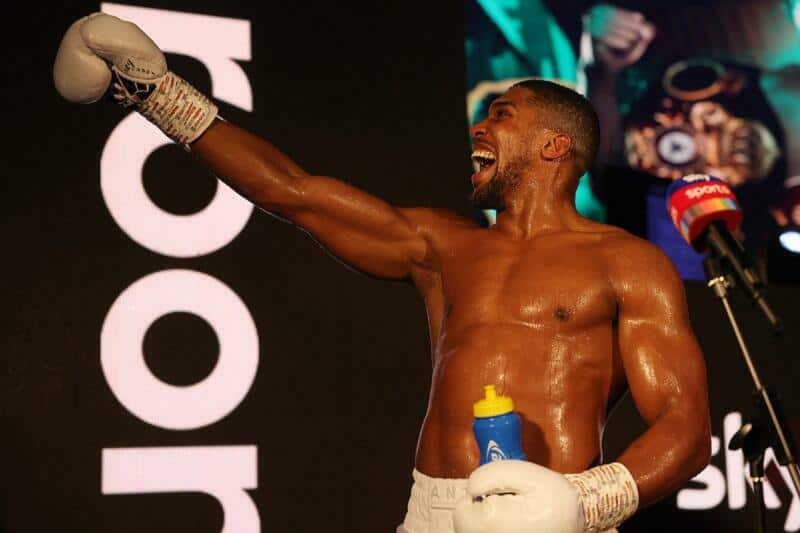 Fury and Joshua remain on a collision course to decide an Undisputed Champion in 2021 if the latter fights the opponent he says he will this time around.

Joshua told Sky Sports afterward: “I started this game in 2013. I’ve been chasing all the belts. I’ve been dealing with mandatories.

“Of course, I want the challenge. It’s not about the opponent. It’s about the legacy and the belt. Whoever has got the belt, I would love to compete with them. If that is Tyson Fury, let it be Tyson Fury. It’s no big deal.

“It’s one fight at a time, picking them off one by one. That’s all it’s about for me. I’ve got to stay focused.”

Eddie Hearn, who is just as guilty as Joshua for not following through with his 2017 and 2018 promises, offered some hope on Saturday.

“There’s been a lot of talking,” Eddie Hearn told Sky Sports. “As he (AJ) said, it’s less talk, more action. Since he came into the office, he wanted to be the undisputed champion of the world.