One statistic seems to have overshadowed all from the Mike Tyson vs. Roy Jones Jr. fallout after a sickening knockout on the undercard.

Since becoming a meme and an internet challenge, former NBA star Nate Robinson was pummeled to the canvas by a YouTube vlogger.

Bereft of any boxing skills or ring savvy, Robinson, 36, was punched a mere eight times and dropped twice before a devastating shot ended it.

Prone on the floor and face down, Robinson needed immediate attention from medical staff.

It was the one massive blotch on an otherwise successful evening.

Despite being in shape, Robinson walked forward towards trouble time and again, playing into the social media influencer’s hands.

Himself not even considered slightly good enough to become a true professional, the YouTuber still had far more experience in his locker than the ex-baller.

It only took one well-placed shot to cause massive destruction that could have proved a lot worse. 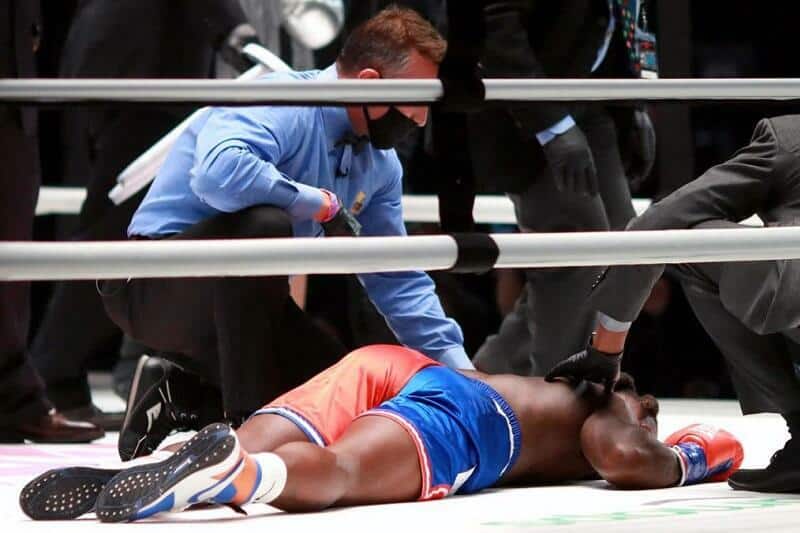 The most startling thing about the whole charade was that the presenter and Robinson were getting a basic purse of just $600.

Dependent on the Pay Per View sales of Mike Tyson vs. Roy Jones, there would be far more money on offer, though.

So why such a low purse on tbe official tallies?

That’s a mere $75 per punch for the winner and next to nothing for the loser to take his considerable licks.

Certainly nothing was given away on the real total paychecks.

Post-fight statistics from CompuBox made for eye-popping reading as it emerged those eight blows were all she wrote.

Criticism of the whole decision to feature a YouTuber on the bill has come thick and fast. It always seems to be the case after the fact, though.

Nobody wants to speak up on the professional side about the dangers posed. In the aftermath, it happens at every event.

Adrien Broner, Amanda Serrano, Ishe Smith, and Joseph Diaz Jr. were among those who joined WBN in condemning what transpired.

“This is why they need to keep these celebrities and YouTube fighters out the ring – even against each other,” said Williams.

“They can’t fight. Boxing is not a game. I hope Nate Robinson is okay,” he added.

Hopefully, one day the penny will drop to those promoting this kind of showcase. I fear it may take a serious injury before that happens.

Robinson was fortunate. He needs to retire immediately from any combat sports.