Tyson Fury wants out of a legally binding contract with Deontay Wilder. Surely this can’t be that straightforward, can it?

The WBC heavyweight belt holder does what he wants. We all know that. But in light of Al Haymon and Premier Boxing Champions having a history of keeping their word, the prospect of Fury simply saying ‘goodbye’ to the deal in place seems remote.

If Wilder chooses to do so, Fury is in for a legal world of hurt. ‘The Bronze Bomber’ has every right to stop ‘The Gypsy King’ in his tracks.

Unless they can reach an amicable deal, there’s absolutely no way Tyson Fury can avoid a third fight with Deontay Wilder. I repeat, absolutely none.

Fury will have to ask for permission to break a contract, which states Wilder is entitled to challenge if he loses his green belt.

We all know that happened in February. We also know that Wilder invoked a second rematch clause almost immediately. 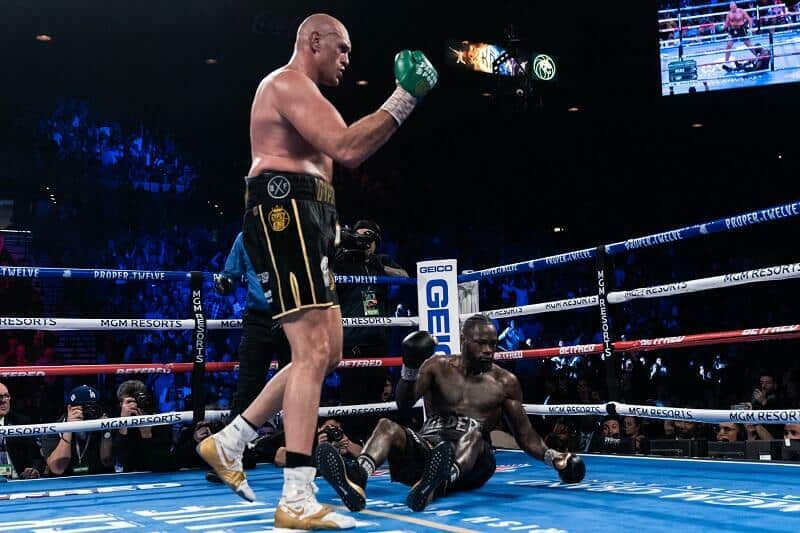 The fact that Covid-19 has ravaged the planet and subsequently stopped Wilder from being able to arrange a Las Vegas trilogy is not anybody’s fault. Any plea on this will certainly stand up in court.

All Wilder has to argue is that the logistics are impossible. Any judge in his or her right mind would favor the American. Fury would have no say.

Therefore, it’s best for everyone that Fury attempts to work out a deal with Wilder, rather than merely stating he’s ‘moved on.’ Any eventuality may only awaken the legal beast in Wilder.

If he so chooses, Wilder could put out an injunction to stop any Fury plans and make it very difficult for the Briton to fight until it’s all worked out.

That would kill any plans for a December homecoming.

A lack of communication is not suitable for both parties. With Shelly Finkel telling WBN they want a deal, and Fury stating he’s no having any of it, this all makes for a situation nobody wants.

They must get together to thrash out the next move. Fury could then fight an interim bout with Wilder’s permission before a trilogy happens once fans are allowed back.

If this doesn’t happen, Fury faces a block from any career activity, which will be no good for all concerned.