Alumni Spotlight: The one and only Pete Rademacher

1956 Olympic gold medalist Pete Rademacher is the only boxer to fight for a world title in his pro debut.

Rademacher, who died this past June at the age of 91 in Sandusky, Ohio, was a native of Tieton, Washington. He had a 72-7 amateur record, highlighted by his gold medal performance at the 1956 Olympic Games in Melbourne, Australia.

In Australia, he knocked out the three opponents he faced, in order, Josef Nemec (Czechoslovakia) in the quarterfinals, South African Daan Bekker in the semifinals, and the Soviet Union’s Lev Mukhin in the opening round of the championship final for the gold medal. 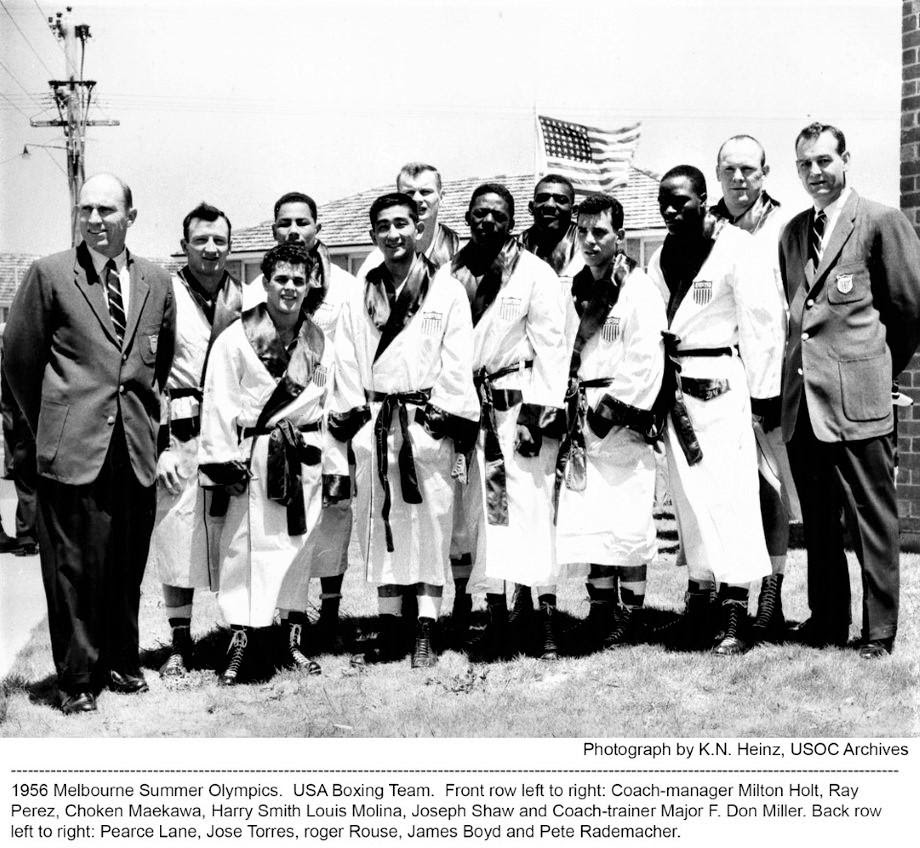 Rademacher was so hot after the Olympics that he publicly proclaimed that he would be able to become world heavyweight champion in his pro debut. Soon after he became the only fighter to make his pro debut in a world title fight, when he challenged defending World heavyweight champion Floyd Patterson (32-1) on August 22, 1957 in Seattle. Rademacher floored Patterson in the second round, however, he was dropped six times before the fight, which was refereed by Hall of Famer Tommy Loughran, was halted at 2:57 of that round.

Rademacher, who was an offensive lineman on Washington State University’s football team, didn’t take many easy fights during his 5-year pro career (15-7-1, 8 KOs). His most notable pro victories were against World title challenger George Chuvalo (17-3-1) and future Hall of Famer and World middleweight champion Bobo Olson (87-12), both by way of 10-round unanimous decisions, as well as technical knockouts over LaMar Clark (42-1) and Norwegian Buddy Thurman (32-5-1), respectively, in the 10th and ninth rounds.

Rademacher’s pro losses were to some of the best heavyweights in the world, such as Hall of Famer Archie Moore, along with world title challengers Karl Mildenberger (29-1), undefeated Doug Jones (17-0) and Zorro Foley (40-2-2), who had been Rademacher’s arch-rival in the amateur ranks.