The news broke on Saturday night that a heavyweight rematch was planned by Matchroom boxing for December, the same month Anthony Joshua returns to action.

As the smoke cleared on Whyte’s crushing second loss of his career, more cash was piling up for the loyal British boxing community.

Adding Tyson Fury vs Deontay Wilder III into the mix as it’s being eyed for December 19, UK fans are staring at the possibility of forking out at least £70 for Pay-Per-View events just before Christmas.

Joshua’s mandatory against Kubrat Pulev has been earmarked for December 5th. This only gives a recently announced Alexander Povetkin vs Dillian Whyte rematch one window of opportunity.

The clash, a second helping of a devastating knockout by Povetkin, must take place on December 12th. That’s if promoter Eddie Hearn doesn’t move it until early 2021.

It’s a crushing blow for supporters, who are already dealing with mass unemployment from the coronavirus crisis.

Hopefully, Fury vs Wilder III will happen in February and Whyte vs Povetkin in January to give a little light relief.

Not so, according to Hearn and Whyte, who both want it before the end of the year.

“We will exercise that rematch clause and we will look to make that happen before the end of the year,” said Hearn. 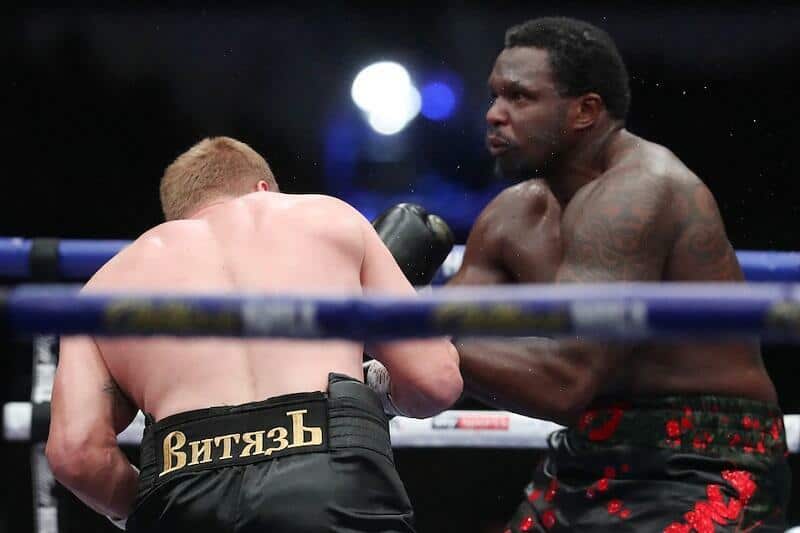 Whyte pleaded with Hearn as they were live on air to make it happen.

“Can we get the rematch in December? I’m good. I’m good,” he stated.

Joshua vs Pulev, Whyte vs Povetkin and Fury vs Wilder in the same month? – It’s hard to see that happening but even worse to digest if it did.

One week before Christmas into the bargain is horrendous to contemplate. That’s without any other bouts on the schedule.

The whole PPV scenario is taking on a life of its own at the moment. That’s even with the ‘lesser’ paid events coming in at £19.95.

Joshua will no doubt be sticking to the £24.95 price he was placed at for the Andy Ruiz heavyweight revenge mission. Furthermore, Fury vs Wilder will be the same price.

If the money really out-weighs wanting as many fans as possible to tune-in, then it’s hard to see anything changing in the short-term.