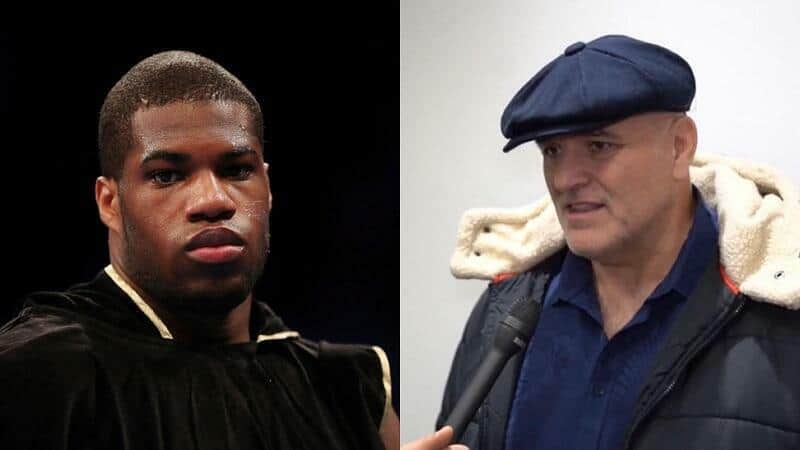 THE HOTTEST PROSPECT in Heavyweight boxing, Daniel Dubois, has responded to the effusive praise poured on him by Tyson Fury’s old man, big John Fury.

22-year-old Dubois, upon hearing that the elder Fury had referred to him as a “dangerous man”, smiled and simply confirmed “he’s bang on there, isn’t he?”

In an earlier interview with Queensberry Promotions, big John made clear just how highly he rated the young Greenwich bruiser.

“Daniel Dubois can be a Heavyweight Champion of the world, he’s got all the ingredients.”

Knowing a thing or two about the heavies, Tyson Fury’s dad continued: “He can punch. He’s young, he’s big and power conquers all. He’s a very dangerous man… I wouldn’t want a clip round the ear from him!”

Speaking on the latest episode of The Lockdown Lowdown with Dev Sahni, ‘Dynamite’ took the compliments in his stride and said: “The best of me is still yet to come.”

Daniel, 14-0 with 13 KO’s, is no stranger to praise from boxing’s luminaries, with George Foreman, Frank Bruno, Larry Holmes and more having recently joined John Fury in predicting great things in Dubois’ future.

That future was recently dealt a blow, though, as the ongoing coronavirus crisis delayed a potential breakout night against domestic rival and Olympic silver medalist, Joe Joyce.

Their scheduled April 11 scrap has already been postponed to July 11 but Dubois insists that he’s not letting the uncertainty derail his bid for world domination.

Asked if he was experiencing any negative effects, Dubois said: “Not really. It’s just like an extended training camp.

I’m just trying to stay in shape as best I can, really. You’ve just got to be creative and use your imagination.”

He added: “It gives me more time to prepare properly.”

Dubois dismissed any suggestion that he would benefit from the fight being pushed back because of the age gap between him and the 34-year-old ‘Juggernaut’.

“It all builds the anticipation… I just want to get on with it and finish business with Joe. Let’s get it on.”