Eddie Hearn is considering pushing back Anthony Joshua vs Kubrat Pulev over continued fears surrounding the spread of coronavirus.

The world is slowly shutting down, as WBN predicted it would last week. World Boxing News informed fans to expect no boxing for up to the next three months.

Joshua vs Pulev was the final benchmark for potential cancellations, with Hearn now finally admitting the heavyweight title fight might be moved.

“A requirement for Anthony in his next fight, a necessity for him was to box in the UK,” Hearn told Sky Sports. “June 20 is a long time away, it’s still in our plans.

“We have been speaking to Tottenham and making sure that we’re all on the same page.

“We know we have the same strategy moving forward. Obviously the Premier League decision will play a big part in a number of sports. Plans to put new dates in place and that fight as well.

“For the Anthony Joshua fight, already potential plans to move that fight back to July.

“We do have a potential date for that, but right now, hoping June 20 can remain the date,” he added. 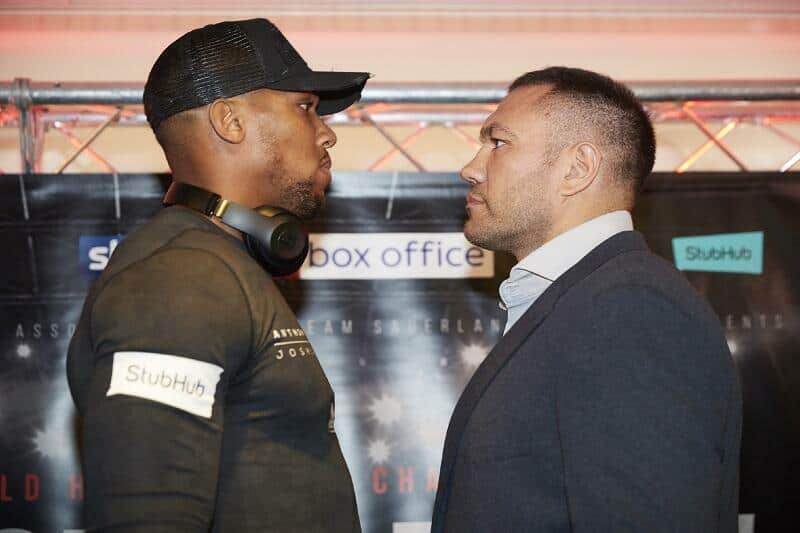 Hearn had faced massive criticism for his response to the outbreak of COVID-19. The Matchroom boss said he saw it as a challenge. And that his competitors would suffer ‘ten times worse’ than him in an interview with IFL TV.

“It’s a challenge I’ve accepted,” he said. “Whilst this is terrible in a medical sense, the challenge has been accepted by me. I’m excited to meet that challenge.

“That’s how I feel people have got to be in the workplace, as well.”

Hearn added: “The way I look at it from a business perspective, is if we are feeling it, our competition is feeling it ten times worse. And only the strongest will survive.”

Shortly after Hearn’s words, the UK began taking more serious measures, measures WBN forewarned of by simply looking at the plight of Italy.

Prime Minister Boris Johnson now believes the UK could be as little as three weeks behind the Italian crisis, which has so far seen over 2,000 people pass away.

The major problem with coronavirus, though, is the fact it can kill the vulnerable. Even 1% of the Great British population would see 660,000 deaths.

That is why it’s so important to try and stop interaction between people so the NHS is not overwhelmed with cases.