Ali vs Frazier: Event to celebrate 50th anniversary on March 8, 2021 at MSG

The World Boxing Council, The New York Athletic Club and Madison Square Garden join forces to honor the Fight of the Century, arguably the most celebrated boxing event in the history of sports!

Mark your calendars for March 2021 when one year from this week, the world will commemorate this majestic battle with a variety of great events, recreating the thrill and breathtaking majesty of the Fight of the Century. Once again, New York will be the capital of boxing, and this time…. you’re invited.

Ali and Frazier fought three times, the first time on March 8, 1971 to a sold-out Madison Square Garden. The tension was high as Ali, attempting to recover his WBC World Heavyweight Title, stepped back into the ring after his absence for political and legal reasons.

Broadcast live, the fight, promoted by Jerry Perenchio, broke all existing, audience records, and was aired worldwide, in 50 countries and in 12 different languages to over 300 million fans.

The referee was Arthur Mercante, who also scored the fight. The other two, acclaimed New York judges were Artie Aidala and Bill Retch.

A spectacular war ensued, between two undefeated champions (Ali 31-0 and Frazier 26-0) resulting in the first time Muhammad Ali was ever knocked down. 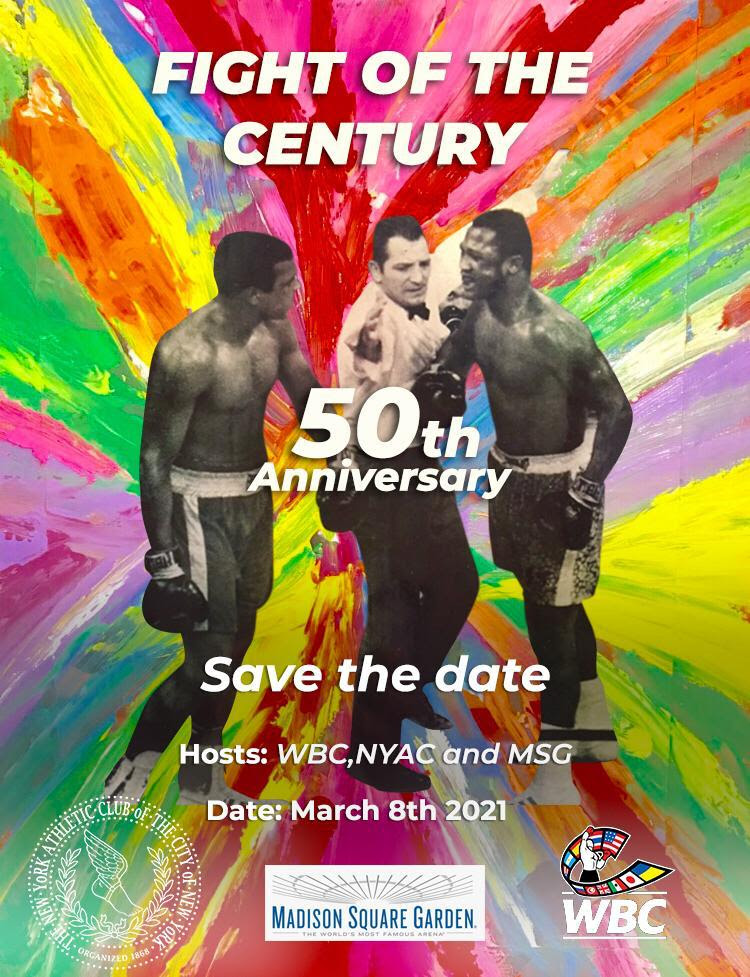 That was a magical night, rich with celebrities participating in the spectacle; Frank Sinatra, the accredited photographer for Life magazine, Burt Lancaster the color commentary and Leroy Neiman, the official artist. And now, fifty years later, we will create the feeling of boxing at its best, again!

We are thrilled to begin the journey to commemorate the greatest fight of history, get ready! The countdown to greatness, begins!