There are few people on this earth who would contact undefeated Icelandic heavyweight boxer Kolbeinn “The Ice Bear” Kristinsson to tell him he’s too small and weak… but countryman Hafþór Júlíus Björnsson, aka The World’s Strongest Man and Gregor “The Mountain” Clegane on Game of Thrones, is one of them.

After his last fight, a second-round demolition of American Dell Long in January, Kristinsson (11-0, 5 KOs) says he was contacted by a mutual acquaintance of he and Björnsson’s and invited to the actor and strongman’s Thor’s Power Gym in Kópavogur, near Reykjavík, Iceland.

“I was embarrassed when I got there,” laughed the 6’ 5” 240-lb Kristinsson. “They said I was skinny and looked weak.”

Björnsson put Kristinsson on a strict diet and weightlifting program to improve his power. “He gave me access to the gym whenever I want. The weight program is different every day,” said Kristinsson, “but I’m surprised that the most important part of it is to be consistent with diet.”

Kristinsson, who recently signed with Salita Promotions, power manager Mark Taffet and has begun working with Detroit-based super trainer SugarHill Steward at Kronk Gym, says the gains in two months have been significant. 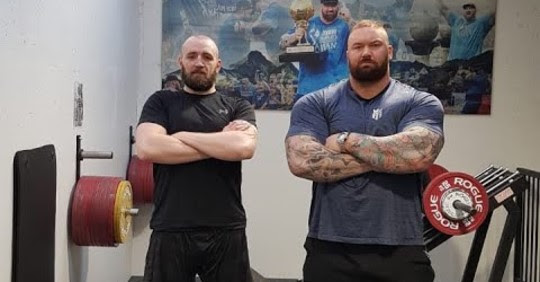 “I’ve been doing my strength and power work four times a week and training boxing six times a week since my last fight and I’ve already put on seven pounds of muscle,” said Kristinsson. “I can feel I’m a lot stronger and more solid with a noticeable difference in punching power.”

Kristinsson, currently on his way back to Kronk, says he’ll be looking to put his newfound power to good use in his next ring appearance, scheduled for March 20 in Detroit against an opponent TBA.