Former two-weight world champion Marcos Maidana has dropped a huge amount of weight ahead of a return to action on April 18.

‘Chino’ is preparing for an exhibition fight opposite kickboxing star Acero Cali. The bout is scheduled for the cruiserweight limit of 200 pounds.

Maidana is already in amazing shape, though. He’s lost over TWENTY kilos since undertaking his ambition to get back between the ropes.

A boxing comeback failed to materialize despite a big-money offer from Al Haymon. Although Maidana may well have a change of heart upon punishing his body.

Dependent on how the battle with Cali goes in the spring, Maidana could consider a full-on boxing bout later in 2020, who knows? 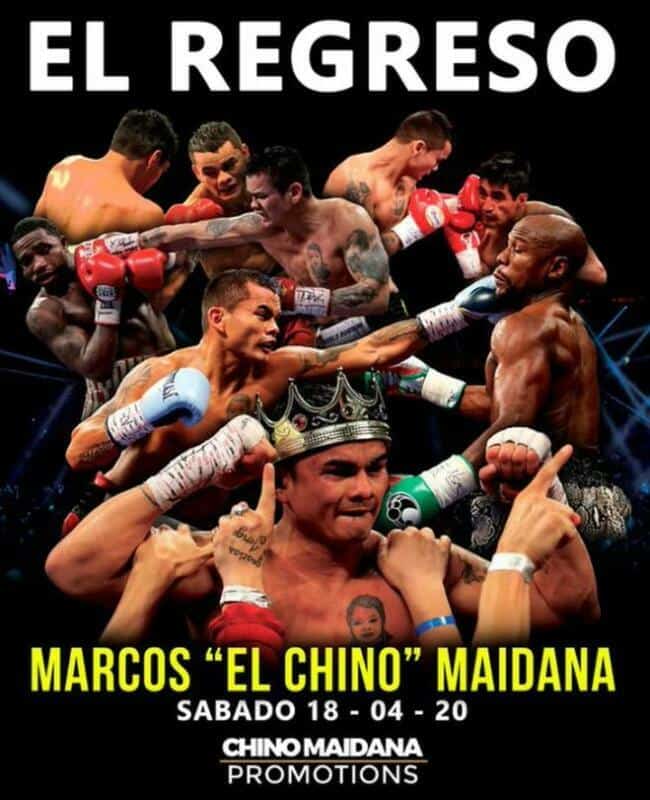 Right now, the man who troubled Floyd Mayweather in their first bout has done himself proud in just losing the excess weight from retirement.

Walking away with a hefty couple of paychecks from the Mayweather double in 2014, Maidana was just 31 years old at the time.

Now 36, Maidana still has a huge persona and reputation in the sport, which would easily be able to garner him millions of dollars.

Whether that remains the aim is up for debate, though. And would Maidana be able to compete after so much time out? – Those are the big questions.

But upon recent viewing of Tyson Fury’s Cinderella story, maybe Maidana would consider it?

There would be plenty of opportunities out there, obviously all down to what weight Maidana eventually settles at.

As things stand, he’s just getting in shape for Cali. It’s a fight not expected to be taken entirely seriously as both are firm friends.

To get to where he is now from where he was is a huge achievement for Maidana, who at one point ballooned badly from his old weights of 140 and 147 pounds.

Maidana has just a few kilos to go to hit his overall target.

He looks like he’s back in love with training. And if that’s the only good thing to come from this endeavor, that will firmly be worth it for Maidana.