Amateur boxers often take different routes on their personal journeys and Houston heavyweight Darius Fulghum has put his career outside the ring on hold to pursue his boxing dreams.

Fulghum was a wrestler in high school back in Killeen, Texas. He started boxing in 2015 and quickly developed a passion for the “Sweet Science,” largely because of it being a one-person sport. He didn’t need to rely on teammates, preferring to win or lose on his own accord. Although he was talented enough to be a collegiate wrestler, it would have been too much of a financial strain on his family.

“I had that competitive itch and was pretty good when I first started boxing,” Dariuis said. “I knew that I could do anything I put my mind to. I want to redefine boxing. I’m not a typical boxer who grew up on the streets. I don’t even like fighting; I’m passive and have never had a street fight.”

The 23-year-old Fulghum currently has his sights firmly set on representing his country in Olympic Games Tokyo 2020. Pro boxing will follow but, for now, he’s training hard to qualify to compete in the Olympics by placing among the top three finishers at the America’s Qualification Tournament, March 26-April 3, in Buenos Aires, Argentina. There will also be another “Last Chance” opportunity, if needed, at the World Qualifier, May 13-14, in Paris, where the top three there will also qualify for the Olympics.

“I listen to my coaches. In the heat of the moment, when things are most stressful, I feel like the underdog and I perform up to the absolute moment. It was do-or-die at Olympic Trials. I just refuse to lose.” 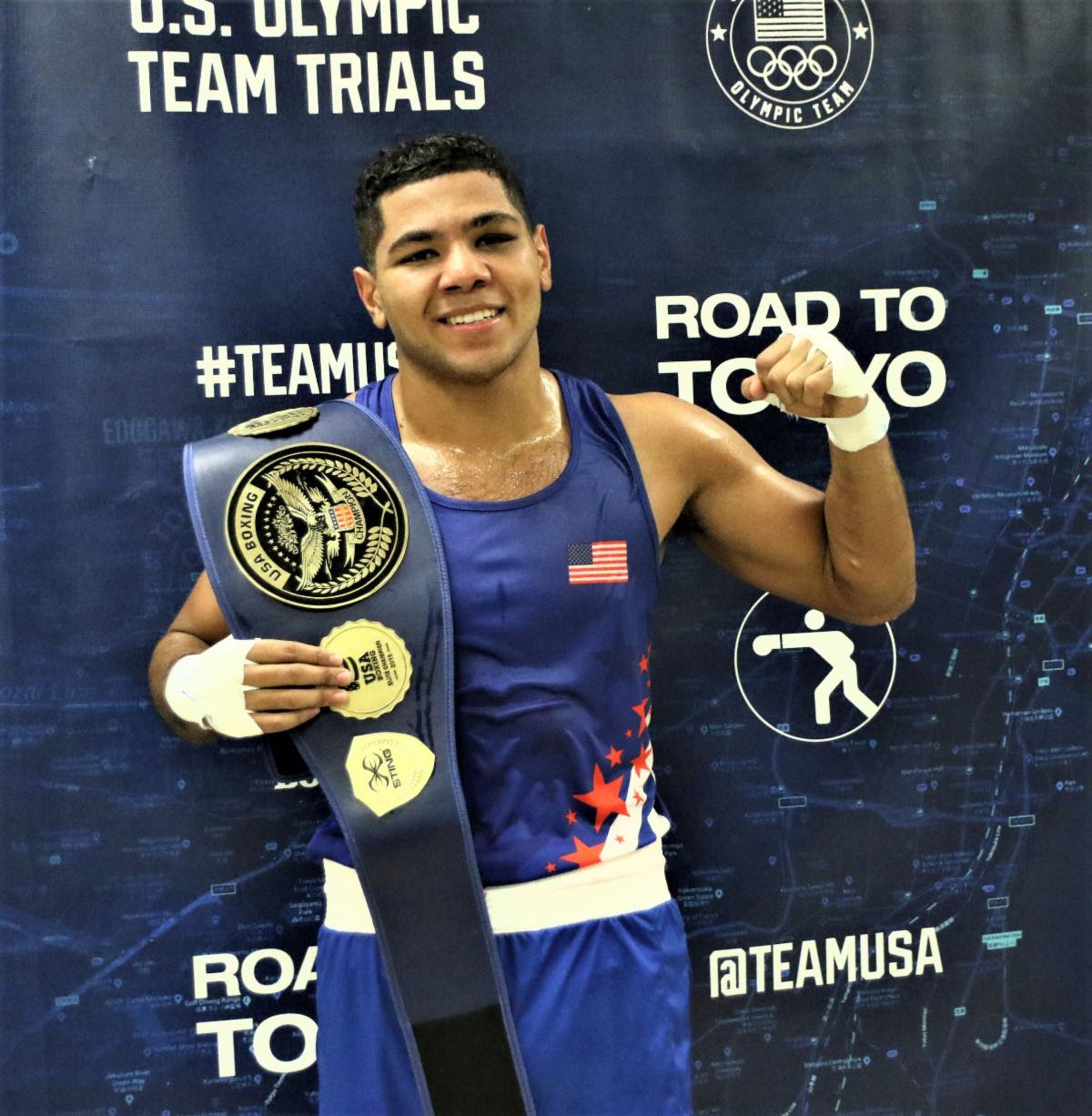 Fulghum certainly responded to the pressure of the trials in a positive fashion, upsetting pre-trials favorite Adrian Tillman in the opening round, and then rolling through opponents until he secured the title.

“People didn’t know me,” Fulghum explained. “I was the underdog because I didn’t compete in many tournaments because I was in (nursing) school. My finals were always in December (same time as USA Nationals). I did have a break in my schedule in 2018, when I won a gold medal at the National Golden Gloves Tournament. It’s just the way my schedule worked out. So, I hadn’t fought in many tournaments, but I was able to sneak in when it mattered most.”

Fulghum recently competed in his first international tournament at the prestigious Strandja Tournament in Bulgaria, winning one of two matches. The experience, though, was priceless, possibly career changing in terms of preparing for the Olympics.

“Not only was it my first international tournament,” he noted, “it was the first time I had boxed without headgear (as will be the case in the Olympics), and I fought guys from foreign countries with different styles. It was a great experience because now I won’t be going blind into the Olympic Qualifier.”

Members of the USA Boxing Olympic Qualification Team, like Fulghum, are on break before returning for training with his teammates at the United States Olympic and Paralympic Training Center in Colorado Springs.

“I reported there for the first time this past January 2nd and I love it,” Fulghum noted. “Every athlete dreams of training with top athletes where there are no distractions and top coaches. I wake up, eat, sleep, train and do that all over again the next day. That’s my schedule.”

Fulghum earned his nursing degree last May, but right now and for the immediate future he’s fully concentrating on boxing.

“I put education first and got my degree,” Fulghum concluded. “I’ll always have nursing after boxing. But I dreamed of going to the Olympics all through school. I put boxing on hold and now I’ve put nursing to the side so I can put my all into boxing. I didn’t want to juggle nursing and boxing. I couldn’t be the best at either that way.

“I do plan to turn pro because I love boxing so much. I need to box when I’m young. I’ll go as far as I can go in boxing and I’ll always having nursing.”

Darius Fulghum has taken a circuitous route in life from nursing to boxing. It’ll be worth it, though, if he makes it to Tokyo as part of Team USA for the 2020 Olympics.