On Friday in Kinshasa, the Democratic Republic of the Congo, in its first world title fight in 45 years, local hero Ilunga Makabu (27-2, 24 KOs) conquered the World Boxing Council cruiserweight belt.

The fight began with plenty of action. Makabu taking the initiative and seeking to land power shots on Cieslak, who was moving around the ring looking to strike back.

In the fourth round, Makabu knocked Cieslak down with a hard left-right combination and even though he seemed not to be in good condition, his bravery helped him to get through to the bell.

In the next round, Cieslak scored a knockdown. Makabu placed a glove on the canvas, forcing Referee Michael Griffin to toll a protection count. 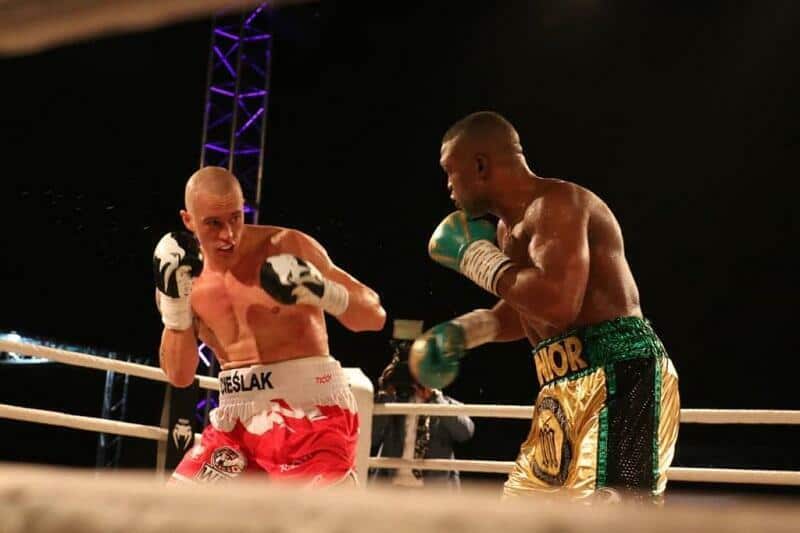 The rest of the fight became very competitive. But Ilunga’s greater strength and power prevailed.

The fight supervisor was Tunisian Houcine Houcichi, Vice President of the WBC.

“Rey” is working with Eddy Reynoso and beside “Canelo” Alvarez, so he gains even more confidence. He will arrive completely ready.”

So says his coach, Mauricio Aceves, who by telephone explained that the workload carried out in California has been absolutely excellent.

“We are training in a gym with ”Canelo” Alvarez. Every day we get up to run very early, so his routine begins promptly. Then we go to the gym, where we`re defining the right strategy to use. We are going through an incredible preparation because we don’t want any surprises,” stated Aceves.

“Every day we run on Solano Beach. Julio has already started boxing, with a bantamweight fighter from Eddy Reynoso called Santos Ortega. Julio is taking advantage of everything in order to be strong for the day of the fight. Everything is going well, as planned. “