EXCLUSIVE: Who the f*** would pay for Fury v Joshua now? – Bob Arum

Joshua was humiliated by Ruiz in New York last weekend. The Briton was dropped four times in an uncharacteristic performance at Madison Square Garden.

In the process, the 2012 Olympic champion lost four versions of his world heavyweight title.

Speaking to WBN in the aftermath, Fury’s United States promoter all but ruled out his man battling Joshua in an all-UK blockbuster anytime soon.

Arum wants to see Joshua’s comeback handled correctly, and that doesn’t include an immediate rematch with Ruiz either.

The 87 year-old Hall of Famer hopes Joshua is brought back with kid gloves, somewhat like ex-AJ opponent Wladimir Klitschko was some years ago.

“The trouble is, Anthony Joshua had no reputation in America before. He has no reputation now. He got knocked out by Andy Ruiz, that says it all,” Arum exclusively told World Boxing News.

“If you put Joshua in with Wilder or Fury in the United States, it wouldn’t sell at all.

“Nobody knew Joshua before. I mean DAZN, for all the money they paid him, they got very few new subscribers from the fight.

Asked whether Joshua v Fury was further away than ever before, Arum added: “Who the f*** is going to pay to see that fight?” 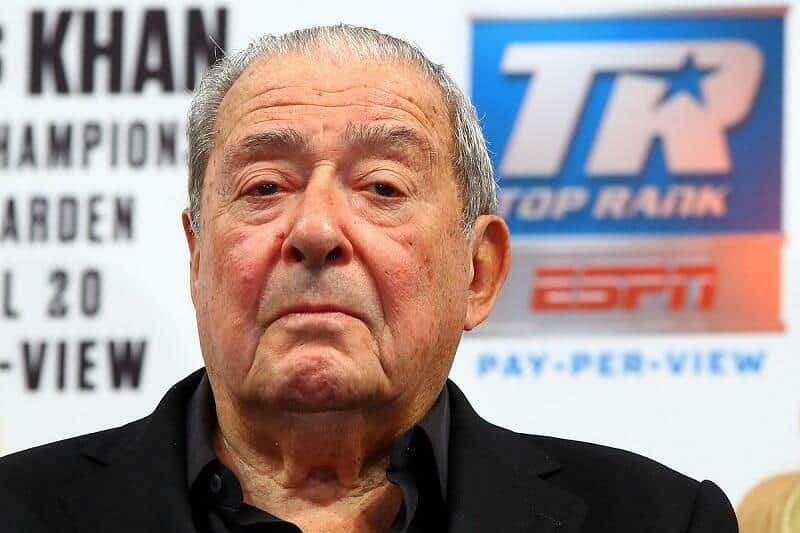 Continuing with an apparent dig at Joshua’s promoter Eddie Hearn, he stated: “What it takes now is really serious boxing people building him up again.

“That’s what you gotta do with Joshua. Not rush him into an immediate rematch with Ruiz. The same thing may happen before you’re able to rehabilitate the guy.

Asked whether Hearn could be weary of losing all the titles to Al Haymon if they don’t go straight for Ruiz, Arum concluded: “That may very well be. But if you’re going to put him in where the danger is the same thing is going to happen, what do you gain by that? – Instead of just spending more money.”

Ruiz is enjoying what was a career-best triumph by extending his time in the spotlight with several interviews.

As things stand, Ruiz v Joshua could still head back to the United States. Both participants expressed their willingness to take the rematch there.

On the other hand, Joshua’s handler Hearn has been focused on securing a home venue for his man. This is in order to give Joshua the maximum chance of regaining his position.