Kalle Sauerland has asked whether Naoya Inoue could land the World Boxing Super Series crown in under ten minutes.

Inoue took out Manny Rodriguez in the second round to add to his first round demolition in the quarter-finals.

“What a night of boxing it was,” said Sauerland of the breathtaking doubleheader at The SSE Hydro in Glasgow.

“Taylor is already now a Scottish legend after a terrific performance against another true warrior. This sets up a 50-50 final against Prograis. Both fighters seem very confident of going all the way and it really could go either way.

“Inoue proved again why he is called the Monster. His power is simply from another planet. Total fight time in the tournament is now 5 minutes and 29 seconds. Neither Payano or Rodriguez had ever been dropped before.

“I mean, is this guy going to win the tournament in 10 minutes?!

“Inoue is clearly a phenomenon. Absolutely unbelievable. And it is going to be a sensational final against Nonito Donaire, who produced one of the knockouts of the year in his semi-final.

“He has been looking very comfortable and strong at bantamweight. It is going to be a huge spectacle.” 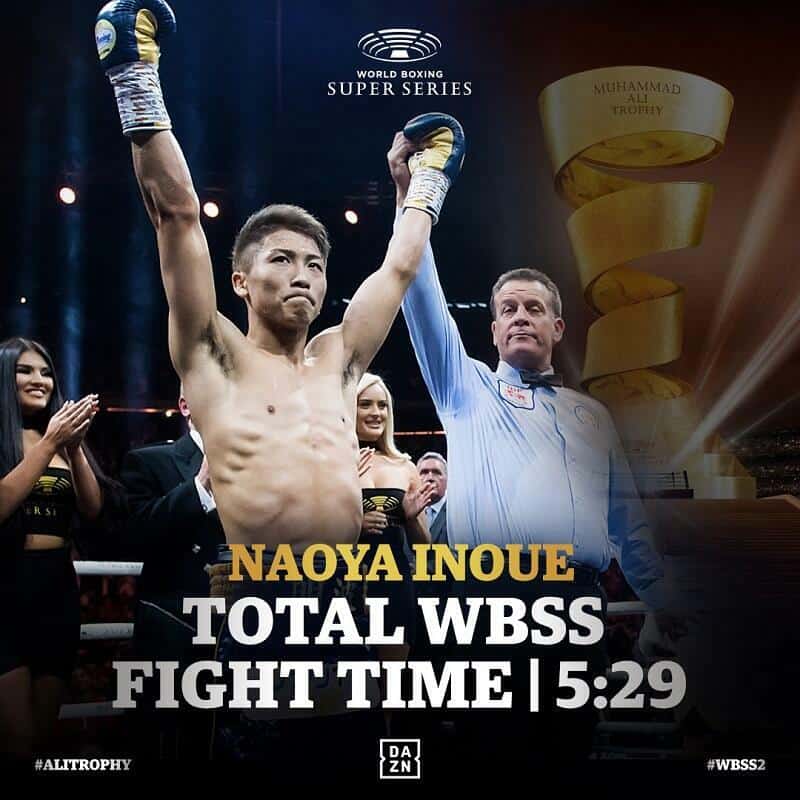 The WBSS returns with an amazing doubleheader. Mairis Briedis vs Krzysztof Glowacki and Yunier Dorticos vs Andrew Tabiti for spots in the cruiserweight final.

“We cannot wait to find our last finalists for the Ali Trophy,” said Sauerland. “But is it impossible to predict winners in these explosive match-ups. The throne in cruiserweight is empty. All four have the potential to be the new king.

“Briedis is obviously excited for the chance at redemption after dropping a majority decision to Usyk in last year’s semi-final, but he is up against a hard-hitting warrior in shape of Glowacki who has promised to bring war to Riga.

“Dorticos and Tabiti have a very entertaining beef right now going on at social media, and they both want to prove they are the best cruiserweight in the world. One thing is certain, we are in for another treat on June 15!”

Tickets for the hotly-anticipated semi-final in Riga are on sale from: bilesuserviss.lv

18 May – The SSE Hydro, Glasgow, Scotland