Tyson Fury has revealed that the world CAN expect a rematch between himself and Deontay Wilder.

The Brit challenged Wilder for the WBC title and in many eyes, won the contest despite being knocked down twice in a fight which was scored by the judges as a split-draw.

Wilder marked his much-anticipated return by flattening Dominic Breazeale inside the first round.

In doing so, it became Wilder’s 40th KO from 41 bouts with Fury being the only fighter to have taken him the distance.

“Wilder can’t run forever. This rematch has got to happen,” Fury told ESPN.

Asked on how negotiations collapsed with Wilder, Fury said: “We were very close to a rematch. “We had contracts, they had contracts, we were trying to agree terms.

“All of a sudden I had a massive deal from ESPN. They made me an offer I couldn’t refuse. That would’ve been in May, I believe.

“And Deontay Wilder apparently signed a three-fight deal before I signed the ESPN deal.” 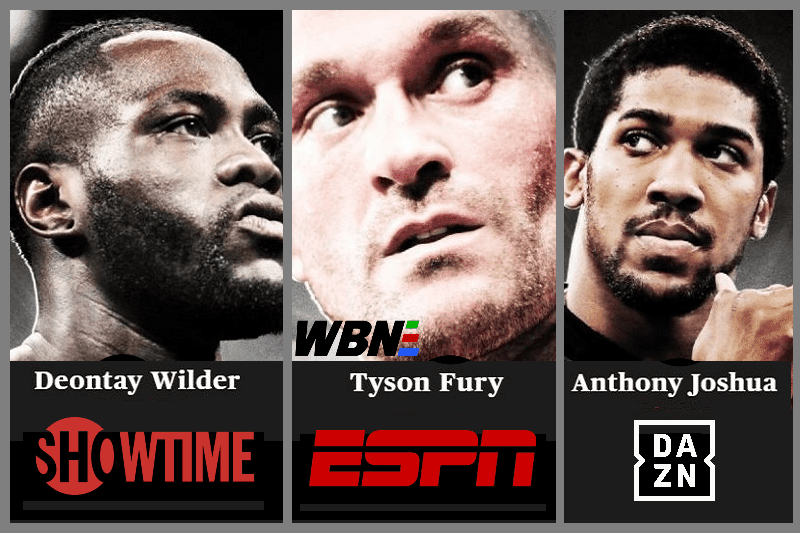 The ‘Gypsy King’ is in action on June 15 and pits up against Germany’s Tom Schwarz at the MGM Grand Garden Arena. The first of a five-fight lucrative deal with Top Rank and Bob Arum.

Concluding with his thoughts on all three holding separate positions on the TV front, Fury added: “If the fighters are willing to fight then why should the networks get in the way?

“Fighters use that as an excuse. Anthony Joshua, he uses that a lot as an excuse. I believe if the fighters really want to fight each other they will.”

The Schwarz fight represents Fury’s debut in the Boxing capital of the world. Fury had previously vowed never to visit the desert until he fought there.

Now he gets his chance.