Full results from Wembley Arena in London as UK heavyweight Daniel Dubois continued his obvious rise to title status in the near future.

‘DDD’ took out Richard Lartey in four rounds to extend his undefeated run to 11-0. Imposing his sheer size and brute strength on Lartey, it seemed a matter of time before Dubois got the job done.

Dubois is now closing in on huge British match-ups with Nathan Gorman and Joe Joyce in 2019.

Daniel Dubois knocks out Richard Lartey in the fourth round after an exciting heavyweight fight at Wembley Arena ???? pic.twitter.com/06EzXxNGJz

In the co-feature, the vacant Commonwealth super middleweight was picked up by Lerrone Richards in a unanimous decision over former British middleweight ruler Tommy Langford.

Richards took his unbeaten streak to twelve with a victory on the cards for a first meaningful strap.

In a super flyweight affair, Sunny Edwards also made it to 11-0 by halting Pedro Matos in the eighth round.

Edwards, who holds ambitions of following brother Charlie to a world title, had too much in his locker for Matos. 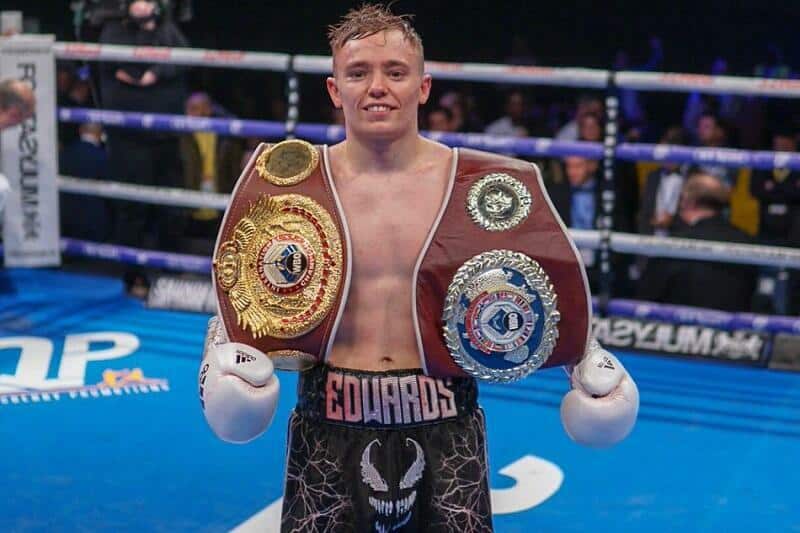 At super lightweight, world number one contender Jack Catterall can now boast a perfect 24-0 C.V on the back of a third round knockout of late replacement Oscar Amador. Whilst in the super featherweight division, Archie Sharp stopped Sergio Gonzalez in the second to go 15-0.

Denzel Bentley scored the tenth win of his pro career via decision against Pavol Garaj, whilst promising super welterweight Hamzah Sheeraz is now 8-0 on the back of a second round TKO of journeyman Ladislav Nemeth.