In an update, WBN has further learned that Joshua still wanted to explore other avenues despite having Hunter on board.

This has led to inquiries being made over the past few days to alternative foes. One of those was Luis Ortiz, who later rejected a ‘low-ball’ offer.

The other is Andy Ruiz, who WBN believed was out of the running having fought on April 20. It turns out that Ortiz is interested, which could mean Hunter’s chance is lost.

Should Ruiz sign a deal soon, Hunter will be out of the frame despite Joshua and Hearn tying up the former cruiserweight days ago.

Hunter could be reduced to standby status but all depends on whether Al Haymon is on board with Ruiz facing Joshua.

Ruiz only made his debut for Premier Boxing Champions on Saturday and now finds himself courted by the world champ.

Ortiz too may not be completely off the menu should Joshua and Hearn raise the stakes.

WBN expected a formal announcement on Joshua v Hunter by Wednesday at the latest, although the fast developments with Ruiz following his fight at the weekend changed things considerably.

Now, Ruiz and Hunter are the frontrunners, with Ortiz and WBA ruler Trevor Bryan further down the list. 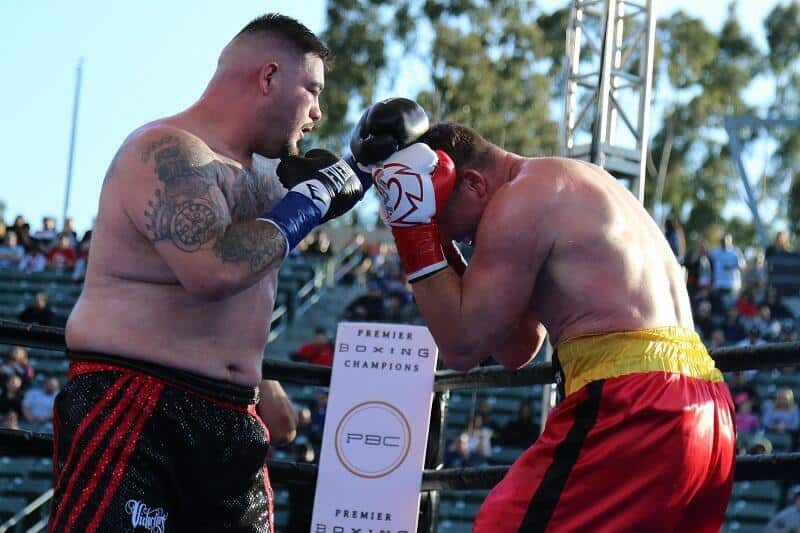 Promoter Don King released a statement urging Matchroom Boxing to contact him about Bryan stepping in.

The interim WBA title holder’s representative has been waiting for fellow promoter Hearn to return the calls he has made to him.

“All I am hearing is a bunch of lies out there,” said King. “They are saying I asked for $15 million for Bryan to fight Joshua. I haven’t asked for a dime.

“I haven’t talked to Eddie, but I’ve left multiple messages and he certainly has my number. I’m ready to talk to Hearn or Joshua and Bryan is ready to step in and make the fight.

“Based upon my wonderful relationship with Eddie Hearn’s father Barry, I would be happy to help promote this great boxing extravaganza between Anthony Joshua and Trevor Bryan.

“This would give boxing fans around the world a great championship fight which they richly deserve,” he added.