Advertisements
Home » Kubrat Pulev speaks out: ‘Jenny Sushe not my type, I have more videos!’

Kubrat Pulev speaks out: ‘Jenny Sushe not my type, I have more videos!’

Pulev has been accused of ‘forceful kissing’ and ‘buttock groping’ by Sushe, the first of which was captured in the latter part of their interview.

Sushe hired a top lawyer in Gloria Allred to potentially receive significant damages from Pulev down the line.

A recent video has been released by Team Pulev which could turn the case on its head, though.

Real name Jenny Ravalo, ‘Sushe’ was captured by a mobile phone straddling a member of Pulev’s entourage hours AFTER the incident.

It’s since been revealed that Sushe stayed with Pulev and his group until 6 am on Sunday morning. 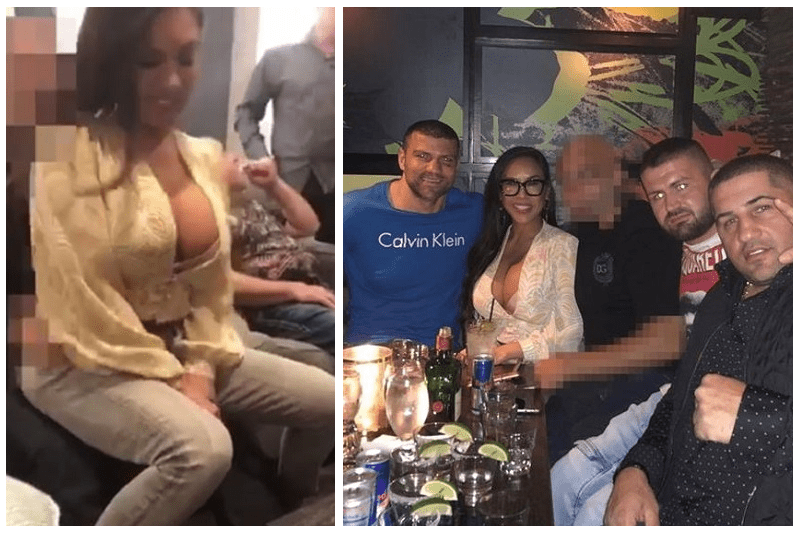 All of this did not help Sushe back up her story of feeling ‘degraded’ and ‘humiliated’ by Pulev.

The kiss, on the other hand, is in clear view for all to see and may still have repercussions for the IBF mandatory challenger.

Defending himself in a recent interview from Costa Mesa, Pulev and coach Uli Wegner have decided to air their side of events.

“This woman is not my type. I’m not afraid (of the legal action). I have more videos if I have to (use them),” Pulev told German newspaper Bild.

“I have (been at) no fault. In my career, I have given tens of thousands of interview and everyone knows me as a kind and polite man.

“The woman (Jenny Sushe) came to me at the weigh-in and said, “After the fight, we will have a party!”

Trainer Wegner explained that he was present after the kiss and denied the grabbing of buttocks, claimed by Sushe.

“I was right next to them. It was after the fight. Kubrat gave an interview to the beautiful and kind lady. Yeah, and then he kissed her. But it was just an expression of emotion,” said veteran to Bild.

Over the weekend, Pulev had shared a post on social media pointing to his years of hard work possibly being tarnished by the scandal.

“Nothing great can be gained without many years of hard work, perseverance. Plus, loads and loads of love and faith in what you are fighting for,” he said.