Amir Khan admits aiming too high vs Canelo, promises to shock the world

Amir Khan says he took on too much against Mexican superstar Canelo Alvarez as the British star nears another huge US night in New York.

The last time ‘King’ Khan campaigned on American soil, Canelo was in the opposite corner for catchweight middleweight clash.

Khan began well at the T-Mobile Arena, winning the majority of the first five rounds. In the sixth, Canelo connected with the shot everyone feared would happen.

The Cinnamon one put Khan’s lights out due to a solid connection. The 32 year-old now plans redemption opposite Crawford next month after winning two comeback fights.

Phil Lo Greco was wiped out in one round. In contrast, Khan then followed it up with a points win over Samuel Vargas after being dropped early.

As a result, the lucrative Crawford offer came.

“Maybe my last fight wasn’t the best fight. Maybe that’s one of the reasons that got me this fight,” speculated Khan. “I will prove myself. Going into this fight, I’m highly motivated.

“Terence is a great champion. I’m not going to walk into the ring just to get beat. I’m coming to win this fight. 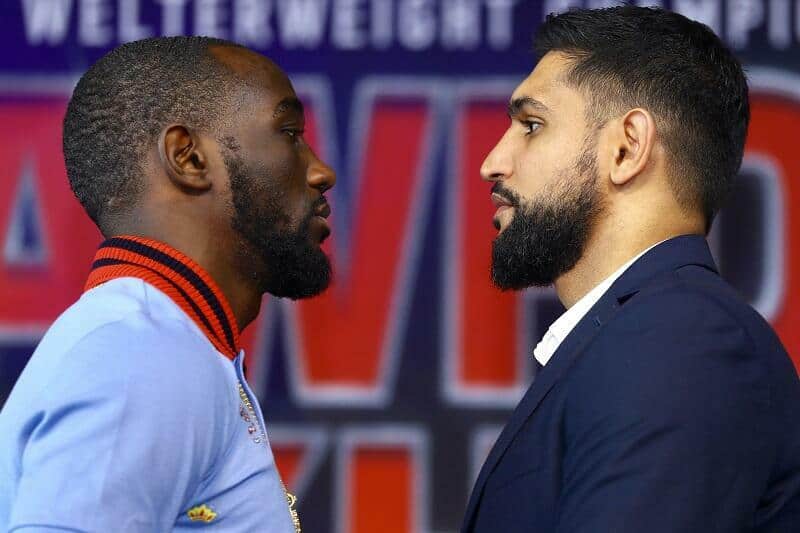 “I don’t have that much pressure in this fight because people are expecting me to get beat. I’m going to come and shock the world.

“This is a fight that can redeem my whole career. Against Canelo, maybe I was biting off more than I could chew. I took that fight because it was a massive opportunity for me, and I believe in myself as a fighter. 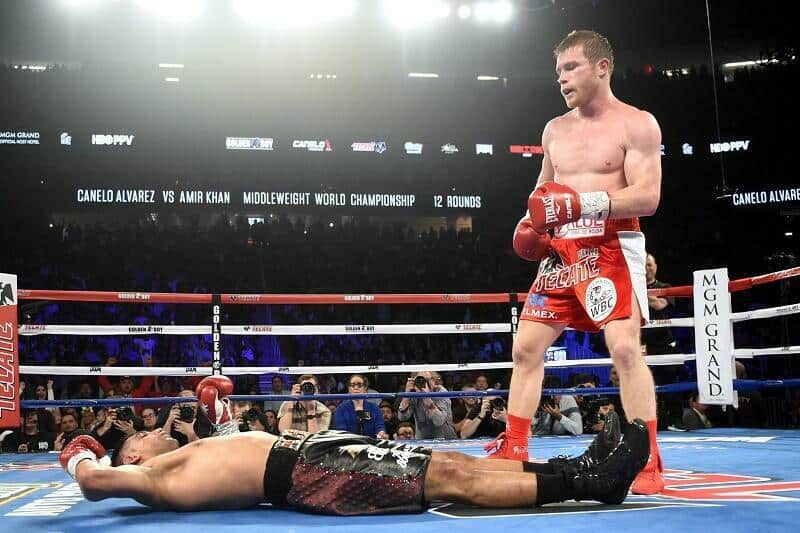 “This fight, I see that it’s fairer. We’re similar weights. We’ve had similar experience. In my opinion, I’ll be able to take his punching power. He’s also a quick and a skillful fighter, so there’s a lot of advantages for me in this fight.

“In other fights, I’ve fought guys who are a lot stronger, a lot bigger in weight. That plays a big part. In this fight, I really think I have the style and everything it takes to win.”

Two kings are set for the year’s most anticipated welterweight showdown when pound-for-pound king Terence “Bud” Crawford puts his WBO welterweight world title on the line against former unified 140-pound champion and the pride of Bolton, England, Amir “King” Khan.

The fight goes down on Saturday, April 20, live on pay-per-view at 9 p.m. ET/ 6 p.m. PT. Details on how fans will be able to access the pay-per-view event will be announced at a later date.

Promoted by Top Rank, in association with Matchroom Boxing and Khan Promotions. Details on the undercard will be announced soon.

Use the hashtag #CrawfordKhan to join the conversation on social media