A massive UK grudge match takes place on Saturday night as James DeGale and Chris Eubank Jr. battle it out for the IBO Super-middleweight belt in a must-win clash.

The two Brits come into the contest knowing their future PPV careers are on the line when they collide at The O2 in London.

With both suffering a loss over the past few years, they can ill-afford another reverse if they harbor further hopes of huge TV events. 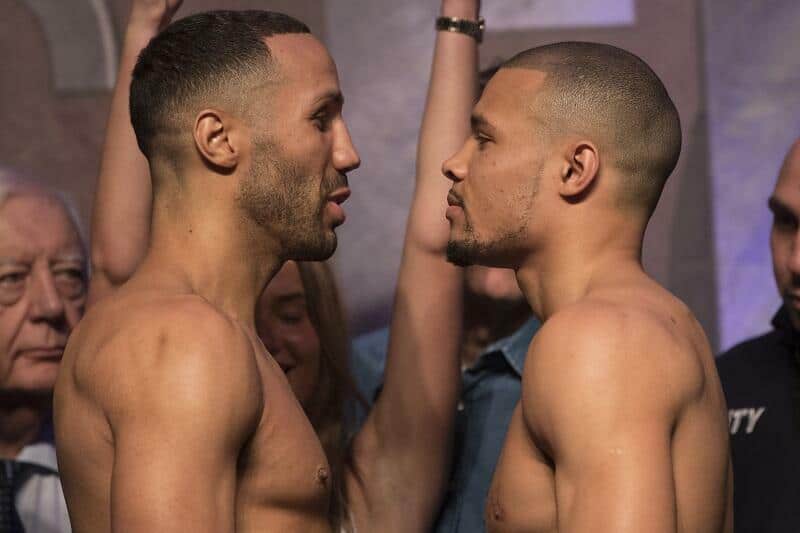 On current form, and the Groves defeat aside, Eubank Jr. is the slight favorite with the bookmakers. Being younger and fresher could make all the difference in a fight which is expected to be a war.

DeGale’s battles with Calen Truax and Badou Jack of late have taken their toll on his body and could also have a mentally draining effect once they hit the trenches in the mid-rounds.

There’s no doubting the better pedigree and skill-set lies with DeGale. Whilst power and raw strength are with Eubank, who is growing further into the weight with every fight.

It all comes down to how much DeGale has left. If he’s 80 percent of what he was at his peak, he should be able to see out a points win over Eubank. Anything below that figure and it could be another long, hard slog for ‘Chunky’ down the stretch.

Eubank can be unforgiving and relentless. The Brighton man may well have enough in his locker to wear down DeGale late in the fight.

Tickets for the fight are on sale. Available from www.AXS.com and Inner Ringside/VIP Hospitality from www.sportandmusic.co.uk.