Anthony Joshua released confirmation via his social media on Wednesday of his next title defense against Jarrell Miller.

As expected, the heavyweight title fight will be staged at New York’s world famous Madison Square Garden on June 1.

Joshua also stated the contest will be live on DAZN and Sky Sports Box Office in the UK.

Following the collapse of talks with Deontay Wilder and Tyson Fury, ‘AJ’ was forced to scrap plans to fight at Wembley Stadium.

The Olympic gold medallist aims to push his record to 23-0. Only one fighter, Joseph Parker, has managed to go the distance with him. 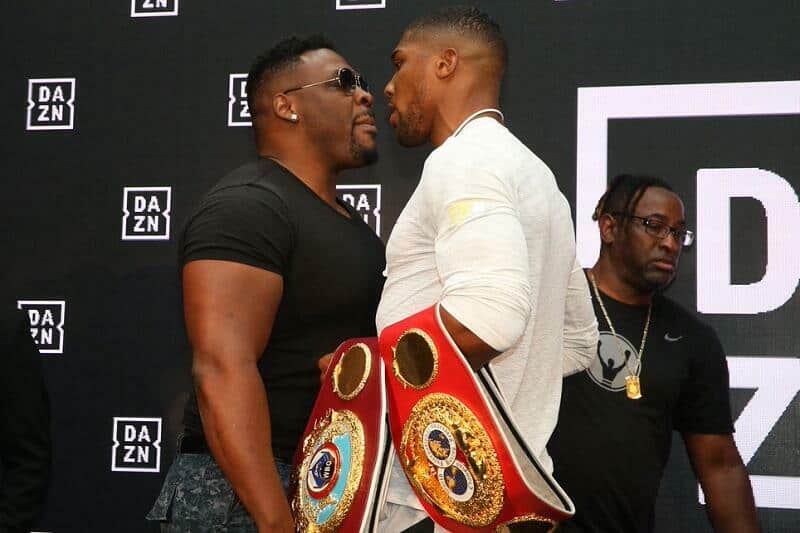 Despite billing Joshua’s US debut as a close fight, the four-belt champion begins a massive 1-8 favorite with bookmakers.

A win should lead Joshua into a mandatory defense later this year before a huge collision with Wilder or Fury in 2020.

Heading stateside is long overdue for Joshua, who is set to star in a huge event and rake in around $25 million for his trouble.

The undercard will feature a host of Matchroom talent from the UK and US stables, currently headed by promoter Eddie Hearn on both sides of the Atlantic.

Topping a card at MSG is designed to raise Joshua’s profile in America after Fury did likewise when challenging Wilder in December.

Fury gets a second chance at Wilder later this year, with a trilogy highly likely whatever the outcome.

For now, Joshua can focus all his efforts on becoming known to a different market. This follows an exclusive run in his home country.

Anthony Joshua’s New York fight against Jarrell Miller has been confirmed and William Hill, for whom Joshua is global ambassador, make him 1/8 favourite to emerge victorious. His opponent is 9/2 to win the bout and it is 25/1 to end in a draw.

AJ is expected to wow the crowd in his first fight outside the UK as a professional and he is odds-on at 8/15 to win the fight by knockout and 9/4 to do so by decision.

“In his first foray outside the UK, AJ is expected to bag a victory and it could well be over in a New York minute,” said William Hill spokesman Joe Crilly.