David Price promises to Kash in against Ali on March 30

David Price meets Birmingham’s undefeated Heavyweight Kash Ali on the undercard of Liam Smith’s crunch Super-Welterweight clash with Sam Eggington at the M&S Bank Arena Liverpool on March 30, live on Sky Sports in the UK and DAZN in the US.

Price fights in Merseyside for the first time in nearly three years as he looks to make a fresh charge on the Heavyweight division following his recent win over Hatfield’s Tom Little at The O2.

The former British and Commonwealth Champion is determined to prove that he can still mix it with the top Heavyweights as he bids to return to title contention in 2019, but isn’t overlooking his former sparring partner.

“Kash Ali has stepped up to put his undefeated record on the line so he obviously fancies his chances,” said Price. “We know each other quite well but I’m looking to get rid of him in style to show everyone that I mean business. It’ll be great to get another win in front of my home crowd next month.

“We sparred a lot of rounds at Dave Coldwell’s gym, so I know what he’s all about. He’s young and hungry and he’s a very dangerous fighter. This is the kind of opponent that I needed, someone to get me up for a fight. He’ll be coming for my scalp, but I’ve got big plans for 2019 and he won’t be getting in the way of them.

“The Heavyweight landscape is always changing and you need to be ready to take your chances. There’s a lot of big names in the division who all need dance partners and there’s no reason I can’t throw my name back in the mix with a couple more wins.”

Price vs. Ali is part of a huge night of action in Merseyside. 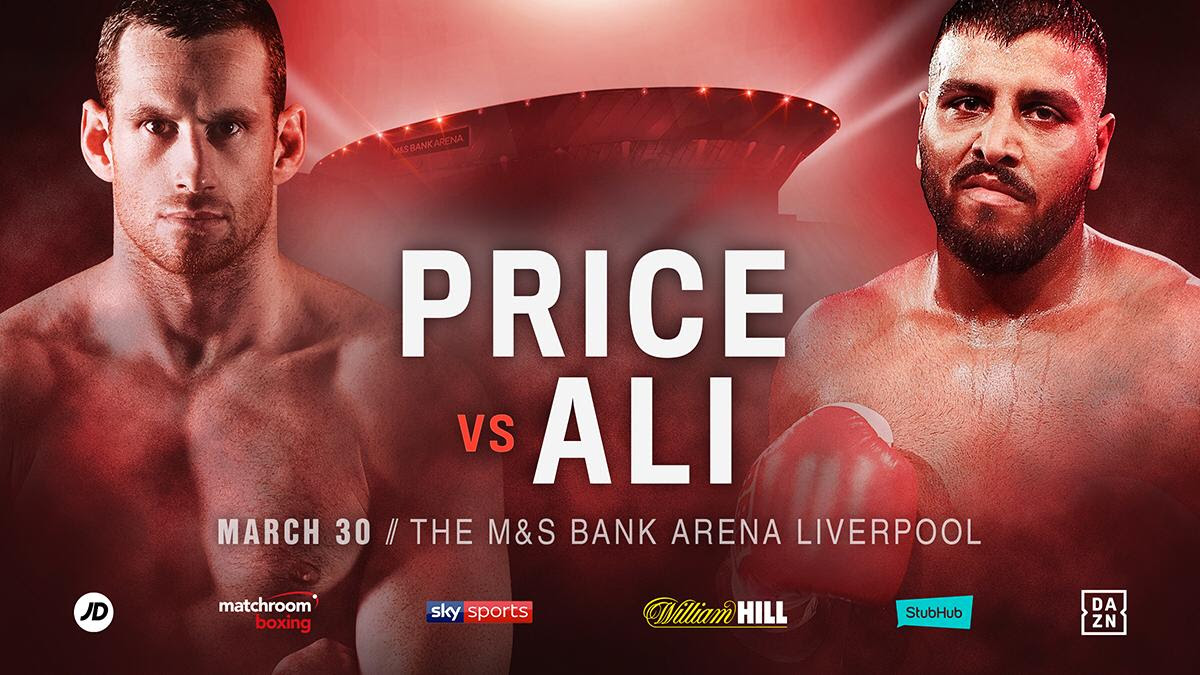