Dillian Whyte unleashed an astonishing rant towards promoter Eddie Hearn over the handling of a proposed rematch with Anthony Joshua.

Whyte was top of the list to meet AJ in a return of their 2015 contest until a recent trip to New York by the world heavyweight champion.

Joshua came back from the Canelo v Rocky Fielding fight with desires himself to compete in America.

With a ready-made opponent in Jarrell Miller, Whyte has accused Hearn of lowballing in the hope he rejects – which indeed he has.

Almost £3m, then over £4m and finally upwards of £5m bids were turned down. WBN understands Whyte (???? Dave Thompson) thought he was worth at least £7m.

As the fight now looks dead in the water, ‘The Bodysnatcher’ gave Hearn both barrels leading to speculation over his Matchroom future.

“It’s clear to me that they have never been serious about making a fight with me for April 13,” Whyte told The Telegraph.

“If they were serious, they should have started negotiating sooner and with more realistic terms. The way he is going about business, Joshua won’t be fighting me, Wilder, or Fury any time soon.

“They’ve had the date booked for ages. And have known AJ was available since he beat Povetkin on 22 September. Yet didn’t even make an initial offer until 10 January. 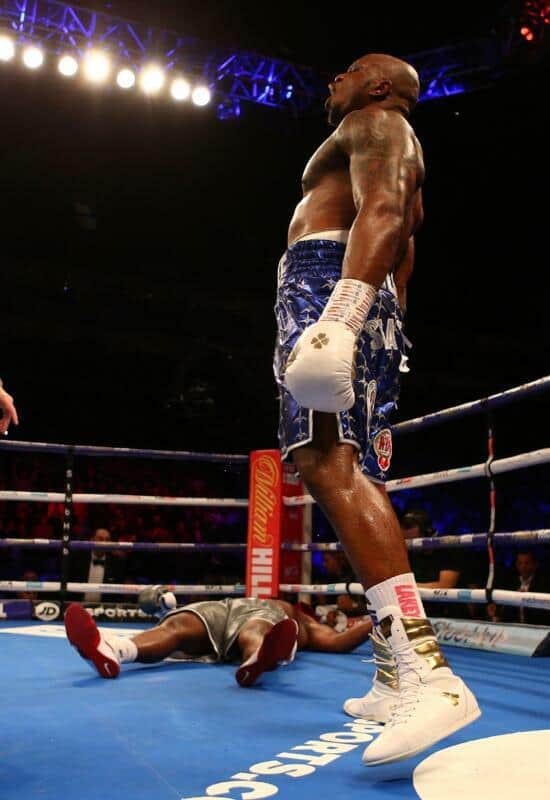 “We could have made this fight if Joshua really wanted it. But it has been clear to me all along that they’ve been focused on making the Jarrell Miller fight in New York city on DAZN.

“Unfortunately, it (latest bid) was too little, too late. April 13 was then only 11 weeks away and Eddie knows I need a decent, 14 week camp for that fight.

“It’s so obvious. Joshua doesn’t want to fight me. He wants to go to America and fight Miller. That is easy money. One hundred per cent this was their plan the whole time.

“He has had two kind of tough fights and Miller is an easy fight. Miller has got no power but does have a good workrate. He is just a big cabbage and Joshua will punch him to bits,” he added.

Recently travelling to the US himself, Whyte reportedly held tentative talks with stateside promoters.

A move to Premier Boxing Champions or Top Rank would be a massive shock to Whyte’s UK fans. Whilst relations between Whyte and Hearn are obviously not in a good place.