Canelo Alvarez is set to go after the winner of Demetrius Andrade v Billy Joe Saunders. Provided the Mexican comes through his May 4th bout with Daniel Jacobs.

Upon confirming a unification with Jacobs last week, the two-weight world title-holder outlined plans to pick up the two remaining belts.

“I’m happy to announce my next fight during the festive weekend of Cinco de Mayo,” said Canelo.

“I will unify my middleweight titles against Daniel Jacobs on one of the two most important dates that belong to me.

“I do not doubt that I will be victorious. I’ll be one step away from becoming the undisputed middleweight world champion.

“And what better way to watch it than on as tremendous a platform as DAZN,” he added.

Canelo already holds the WBA and WBC versions at 160. He will be a three-belt ruler if he can take down Jacobs in Las Vegas.

With the WBO ordering Andrade to face former champion Saunders (???? Ed Mulholland), the winner of that clash will be next in the crosshairs. 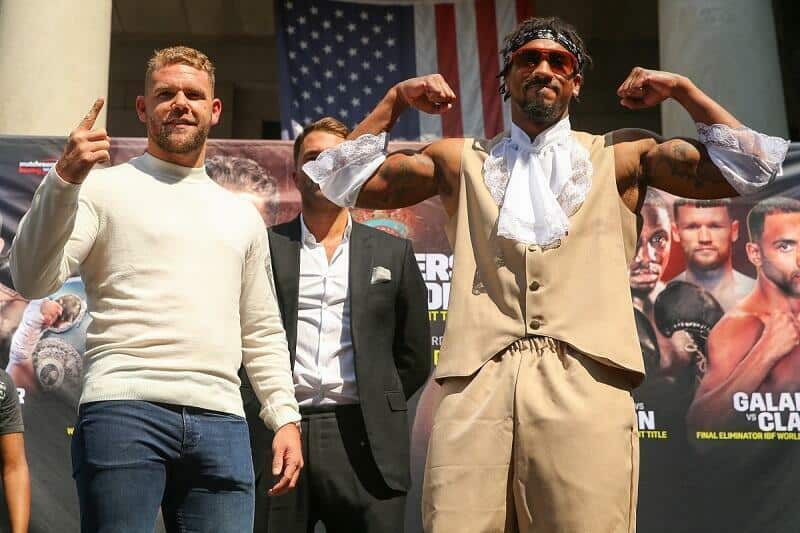 Golden Boy CEO Oscar De La Hoya says Canelo is only looking for the top names. The 28 year-old is eager to add to his already awesome legacy.

“That’s what he did as the 154-pound champion. That’s what he’s doing now as the king of the middleweight division.

“We are also proud to demonstrate to boxing fans that this new partnership with DAZN means that fans will get pay-per-view level fights without the cost of the pay-per-view.

“Golden Boy Promotions is continuing its promise to make the sport as accessible as possible. This means putting champion-vs.-champion fight on the platform.”

Andrade v Saunders will head to purse bids if Eddie Hearn and Frank Warren are unable to agree.

The pair had agreed to fight in October on DAZN until Saunders was refused a license to box in the USA.

A compromise will have to be agreed upon somewhere down the line to make the encounter a reality.

Hopefully, it happens this time around.