Heavyweight champion Anthony Joshua may have his next three fights lined up following a WBA announcement this week.

Joshua is currently due mandatories with the IBF, while the WBA and WBO expect to follow suit later in 2019 and early 2020.

The backing up of opponents could have a detrimental effect on hopes the UK fans have of seeing Joshua share the ring with Deontay Wilder or Tyson Fury.

Wilder’s stipulation Dominic Breazeale got paused by the World Boxing Council. The IBF won’t be as accommodating to Joshua as Kubrat Pulev will happen soon.

A four-person tournament to settle the WBA side of things is on. This features ‘regular’ champion Manuel Charr versus Fres Oquendo and Joshua’s rival Jarrell Miller facing Trevor Bryan.

The winners of those two bouts, set to happen in the spring, will then battle each other in the fall of 2019. Joshua will then have to meet the victor by the spring of 2020.

This scenario means a total of six fighters are vying for a shot at the current top division ruler.

On the WBO list, Dillian Whyte, the rumored opponent for Joshua’s next outing on April 13, could now be lobbied by promoter Eddie Hearn as a mandatory fight.

Oleksandr Usyk has been mentioned as a prospective WBO mandatory but would be unlikely to accept at the moment.

Whyte would at least clear up one of those three organizations. However, Pulev will be pushing the IBF for his chance next. 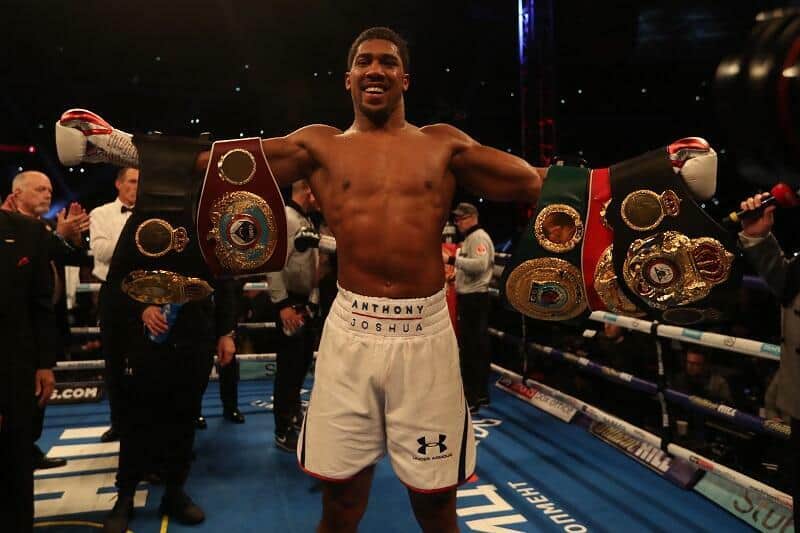 The Bulgarian has already missed out once. Pulev had to pull out of an October 2017 clash injured. And at 37, the clock is ticking for him.

So Whyte in April should be followed by Pulev, possibly in September before Miller in March or April of 2020 in the United States.

Should Wilder v Fury II go to plan, the pair should have a trilogy fight by the end of this year.

The eventual WBC belt holder would then be free to trade blows with Joshua in the late summer or fall of 2020.

It all seems a messy situation, directly affecting securing the most significant fights at the earliest convenience.