After recently declaring a collision between the pair is way off due to Joshua’s unwillingness to take the risk, Warren has followed up by offering a network solution to any Pay-Per-View problems.

Joshua is with Sky Box Office, and Fury performs on BT’s version. To combat this, Warren wants everything split down the middle, including the fighter’s purses.

Regarding a venue, Warren put forward Cardiff’s Principality Stadium. 75,000 would then give fans from the north and south of the country a similar journey.

“In the UK. You could go to Cardiff. They have a roof on the stadium. That should be summer, outdoors at a football stadium and would sell it out 10 times over,” Warren told The BBC in a Q and A recently.

“It would grip the country – one of those events that would transcend the back pages. Everybody would be talking about it.

“It will be a pay-per-view event because the fighters will want to maximize their income. You can understand that. It’s very easy (to make) this fight (if it’s 50-50).

“When I say 50/50, let Sky and BT Sport Box Office both have it. Please take all the obstacles away like they do in the States. The fans want the fight.

“If both TV channels are showing it, that means the boxers’ incomes are going to be more. It’s a no-brainer.” 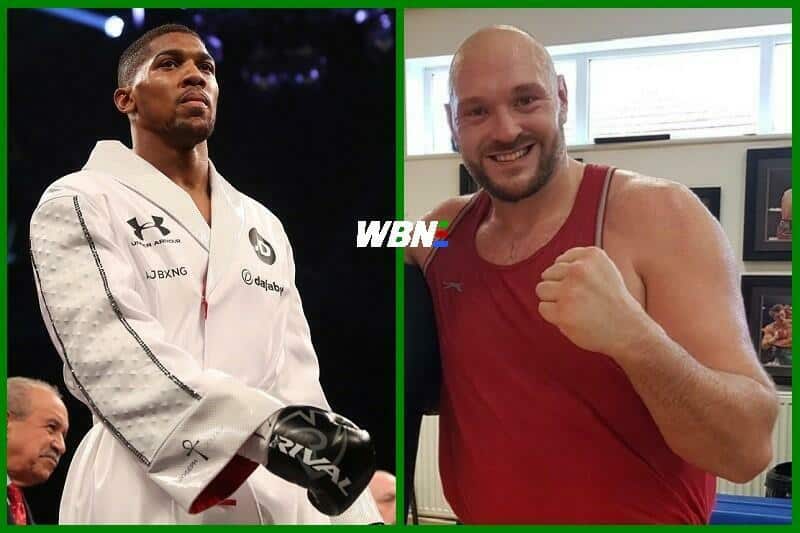 Concluding on whether he actually believes the fight will happen, Warren once again criticized Eddie and Barry Hearn’s blueprint for the heavyweight champion.

“Anthony Joshua is a business. He makes money. It doesn’t matter who he fights. They can fill up Wembley.

“They (Matchroom Boxing) have a seven-year business plan, which is filling up Wembley twice a year, and it’s a cash cow. I get that – Barry (Hearn) is an accountant by trade. (But) That’s not what the fans want,” he added.

Wilder v Fury II capitalizes on a huge event in December, whilst Joshua still chooses between Dillian Whyte and a US debut against Jarrell Miller.