They’re ranked number one, two and three in the French heavyweight standings and now former world title challenger Johann Duhaupas wants to get it on.

Known for causing the most destruction to Deontay Wilder out of all 40 of his opponents, Duhaupas is a big name in his native France.

Rated one by Boxrec, Duhaupas is on the periphery of another world title shot. ‘The Reptile’ knows he needs scalps like Takam and Yoka after losing only to Alexander Povetkin and Jarrell Miller on the back of a stunning KO of Robert Helenius.

Takam is a known warrior, whilst Yoka is the 2016 Olympic gold medalist.

“I will prove to the French people and the world boxing public that The Reptile is not finished. After defeating Newfel Ouatah (in 2017), I will tackle Takam before moving on to Tony Yoka. I know he is suspended, but I don’t care. I’ll fight him whenever he will be ready.” 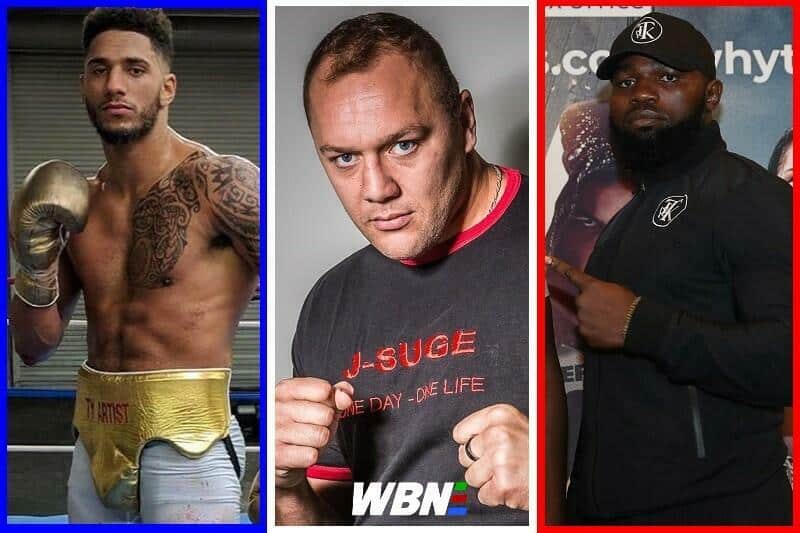 Ameur added: “France needs boxing to be valued with its French boxers facing each other.

“In 2014, I was the manager of Carlos Takam and now I’m currently the promoter of Johann Duhaupas so I know we can make this fight.

“Johann is willing to give the French public and the boxing fans what they deserve. I believe Johann Duhaupas vs Carlos Takam is a fight with two exceptional French heavyweights. Both with indisputable records at the top level.

“They have both given impressive performances versus world champions like Deontay Wilder and Anthony Joshua. So this is a fight that makes sense.

“I long to organize this fight with the promoter if Takam, Salvatore Cherchi. I’m sure the French public will back me in my quest.

“I know Carlos Takam and his team very, and I know they dream about this fight just like me.

“These two fighters need this big fight to become a legendary boxer in France. Then the winner could fight Tony Yoka when he returns,” he added.

Takam recently put himself back in the win column on the undercard to Dillian Whyte v Derek Chisora II.

Prior to the December 22 win, Takam suffered back-to-back losses against Joshua and Chisora – with all three bouts happening in the UK.