Dillian Whyte and Dereck Chisora are all set for their highly anticipated rematch Saturday, December 22 live on SHOWTIME at 5:00 p.m. ET/2:00 p.m. PT from The O2 in London.

The all-British affair between the bitter rivals has been brewing since Whyte narrowly edged Chisora in a back-and-forth slugfest that necessitated a rematch.

The stakes are high as both fighters have been working toward world title opportunities against IBF, WBA and WBO Champion Anthony Joshua and WBC Champion Deontay Wilder.

Chisora, who remains the underdog, has lauded new manager David Haye for his physical transformation.

“I’m ready for action. We are ready to go. I’m excited. Training’s gone well and I’m just a happy guy right now. The big difference with this camp is I’ve given all of the control to David [Haye]. From where I slept, what time I woke up, what I ate, everything,” said Chisora. 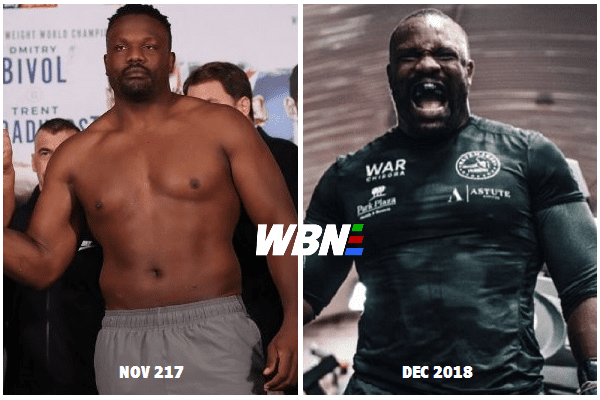 “It doesn’t matter what he’s done. He can’t hurt me. He doesn’t have a powerful shot that can bother me. I’m going to find this guy, hunt him down and beat him up.

“I’m born again. I have a new manager and a new training regime. I’m just loving life, basically. It’s working out great for me.

“I’m going to go straight at him and I know he’s going to come hard too. He’s not going to shy away from a fight. He knows what’s happening. I’d advise everybody not to sit down at the O2 Arena.”