Deontay Wilder has discussed sparring preparation for his forthcoming clash with Tyson Fury.

On attempting to bring in fighters to mimic Fury’s elusive style, Wilder said he’s satisfied with the workouts he was given.

“Well, when you get sparring partners to come in and try to mimic another fighter, you can only ask them to do the best that they can do,” said Wilder.

“You’ll never find the one that’s 100% like that person because that’s just the thing, we hear it all the time, styles make fights.

“So everyone has their own style, and now you’re trying to ask someone to go out of their character and get into someone else’s.

“The thing about my guys, they’ve done a wonderful job with what they had, with what they could do, and some of them have been in there with Fury before, so they know everything about him, what he’s capable of and how he moves.

“So, with that being said, we did the best we can do. I’m very, very, very, very satisfied with the guys that I had in and the looks that they have given me.

“I have no doubts in my mind that I’m going to be ready.” 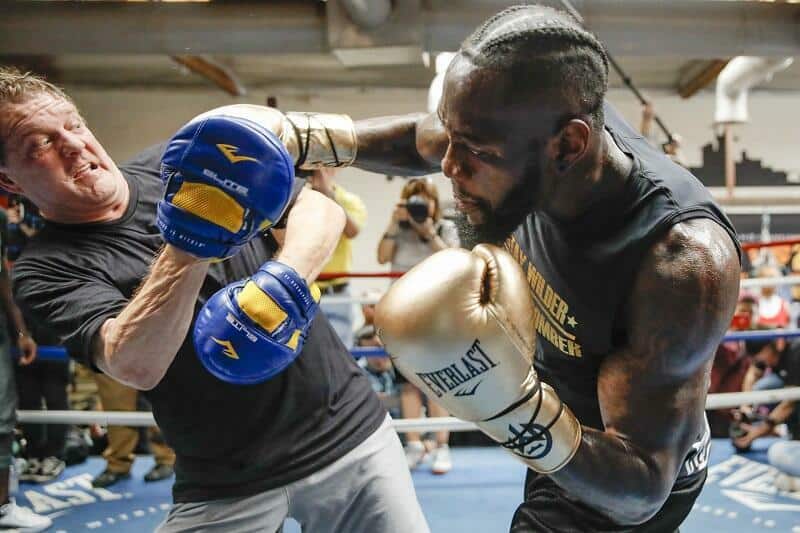 On whether he thinks Fury’s team could replicate him in sparring, Wilder added: “No one that he could bring into camp can have a reflection of me.

“Out of 40 fights, a lot of these guys would have had a guy to come in and be able to do that and be successful with him. And the word would have gotten out now, and that guy would have been the main guy for every guy that I fight because they would have seen him, and they would have heard about him and being able to mimic me so well.

“You’ll never find that, especially when they’re dealing with an awkward fighter and don’t go by the textbook. See, I have never been by the textbook, my style is what it is, and I love my style.

“And if somebody can come and give me a challenge and beat it, my style will always remain the same because nobody can understand it, no one could figure me out, and that what’s it all about.”