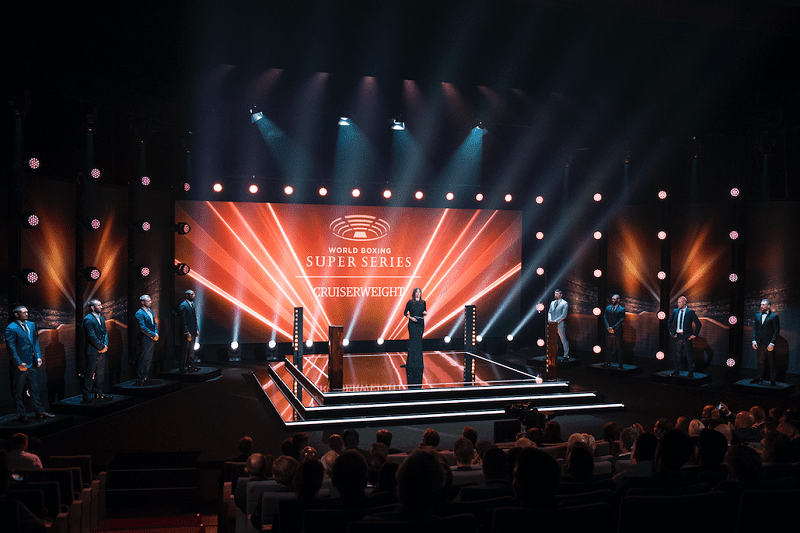 On Friday 20 July, all participants of the Bantamweight and Super-Lightweight editions of Season 2 of the World Boxing Super Series will come face-to-face at The Draft Gala at the Rossiya Theatre in Moscow, Russia.

It will be the occasion where the star-studded line-up of 16 fighters representing two of the three weight classes will find out their rivals for the quarter-finals.

During the live show at Moscow’s largest theater, four seeded boxers in each division will pick their opponents from the four unseeded boxers. Certain seeds will have mandatories which have been pre-determined as quarter-finals.

“I can´t wait for the bantamweight and super-lightweight tournament brackets to be unveiled during the Draft in Moscow on July 20,” said Kalle Sauerland, Comosa´s Chief Boxing Officer.

“This is where the storylines for Season II begin!”

“Having 16 warriors on the stage at the same time creates a very special atmosphere, a certain tension. You have the feeling that one word or wrong move can heat up the stage.”

Further details on The Draft will be announced in the coming days along with the last announcements of the Bantamweight- and Super-Lightweight division of Season II of the World Boxing Super Series.

The third and yet to be announced weight class of Season II will have its own separate draft at a later date.