The former middleweight world champion looked a shadow of himself as he attempted to make weight for a clash with Karim Achour.

Lemieux was two pounds over the limit for the contest, which will still go ahead as planned tonight but will be the last time the Canadian competes at 160, as Eye of the Tiger Management explained.

“Eye of the tiger management and Gestev presented, in association with Vidéotron and Mise, the official weighing of the gala that will take place on Saturday night at the Vidéotron Centre.

“His duel with the French champion Karim Achour will always be held, although it will be impossible for him to win the International and Francophone titles and that Quebec will have to concede 20% of his purse to his opponent. 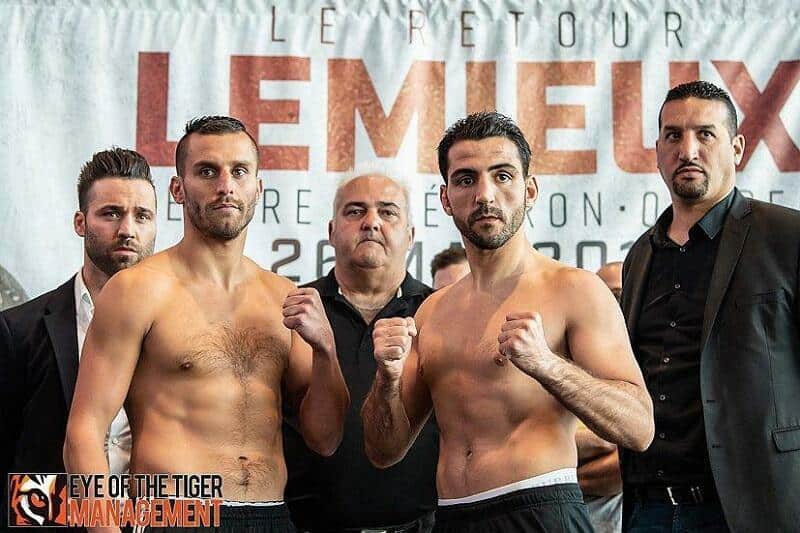 “For The President of EOTTM and promoter of David Lemieux, Camille Estephan, there is every reason to believe that his protégé will henceforth have to fight in a higher division.

“David has respected his diet in the letter and has done everything he has to do to be in Measuring the balance at 160 lbs,” said Estephan.

“We have seen him suffer in the last few days at the gym to reach this weight which is now hard to reach for him.

“The Health of our fighters has always been a priority for us, and it would be inconceivable to see David reliving such a situation for each of his upcoming fighting.”

A victory for Lemieux would ensure a Top 15 ranking at super-middleweight. However, the way he presented himself at the scaling, he may not perform at full capacity.

Lemieux’s addition would be interesting at the higher limit as the WBSS will complete the current World Boxing Super Series tournament in 2018.

George Groves and Callum Smith are due to compete in the showpiece later this year.