‘One Time’ edged out Garcia to unify the welterweight division, the first fighter to do so since Floyd Mayweather Jr. retired.

Thurman moved up the six places necessary in order move into the number ten spot as Garcia dropped from 14 to 24 due to his first defeat. 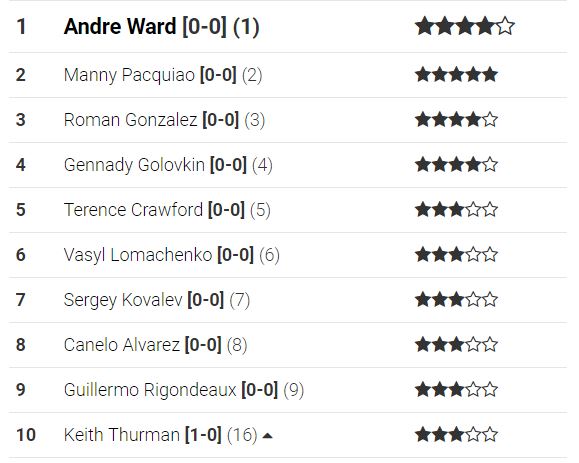 Brian Viloria‘s return to winning ways sees him edge a few places to make it to the final position on the board as a direct result of Alexander Povetkin being dropped from the rankings completely on the back of a failed drugs test.

Andre Ward remains at the helm, with the next eight positions unchanged as the new year gets in the full swing over the next few weeks.