The duo traded blows and entertained the crowd from the first bell in a fight two of the judges were unable to split them.

Below are the CompuBox stats for Saturday evening’s Showtime world title double-header: 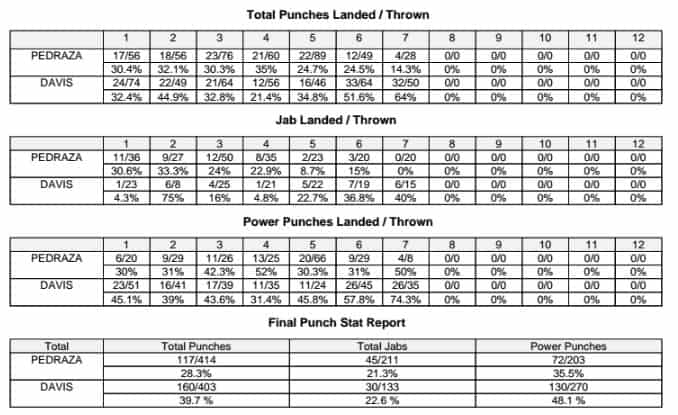 Davis landed 48% of his power punches vs. the surprisingly stationary Pedraza 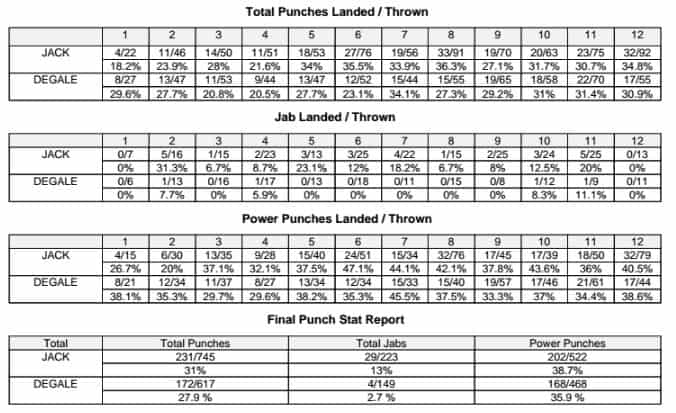 Surprisingly, Jack was the busier fighter, throwing 128 more punches. Jack had the big edge in landed punches in round six (27-12); round eight (33-15) and round twelve (32-17). They were separated by only five landed punches per round in the remaining nine rounds.