In front of a huge Cuban audience, Lara needed just a single left uppercut to drop and stop Foreman at 1:47 of round four. Foreman was also down in round three from a questionable knockdown that could have been ruled a slip.

Dirrell had too much for the brave Hungarian, as he hurt him with virtually every landed punch, especially to the body. Nemesapati tried to make a fight of it, but was in over his head against the world-class skills of Dirrell.

Nemesapati elected to stay on his stool and not come out for round seven. The official result is a TKO 6 (2:59) for Dirrell.

Former bantamweight world champion Juan Carlos Payano (18-1, 9 KOs) had too much for determined Mexican opponent Isao Gonzalo Carranza of Mexico City (15-8-1, 8 KOs), stopping him at 1:16 of round seven.

Payano moved in and out brilliantly, befuddling Carranza with his athleticism and landing bomb after bomb. Referee James Warring had finally seen enough and waved a halt to the bout with Carranza still on his feet.

Here is what the fighters had to say:

“I’m very happy with my performance tonight. He was a little bit awkward, so I had to make some adjustments and we got him out of there.

“I’m ready to fight the best in the world, Golovkin, Canelo… whoever is willing to step in the ring with me, I’m willing to fight.

“I love fighting in Miami in front of all my Cuban fans. The fans here bring out the best in me and I always have a good night of boxing. I want to dedicate this fight to Luis DeCubas Sr., whose birthday is today and has helped me throughout my career.”

“Of course I’m disappointed, but this is boxing. I got caught with a perfect punch and that’s what happens. I tried very hard to shake it off, but he got me.

“I have been hit harder in my career, but I take nothing away from him. He’s a very strong puncher in his prime and I give him credit. He was as good as I expected him to be.

“I will take some time to talk to my team and my family and see what comes next, as far as boxing.” 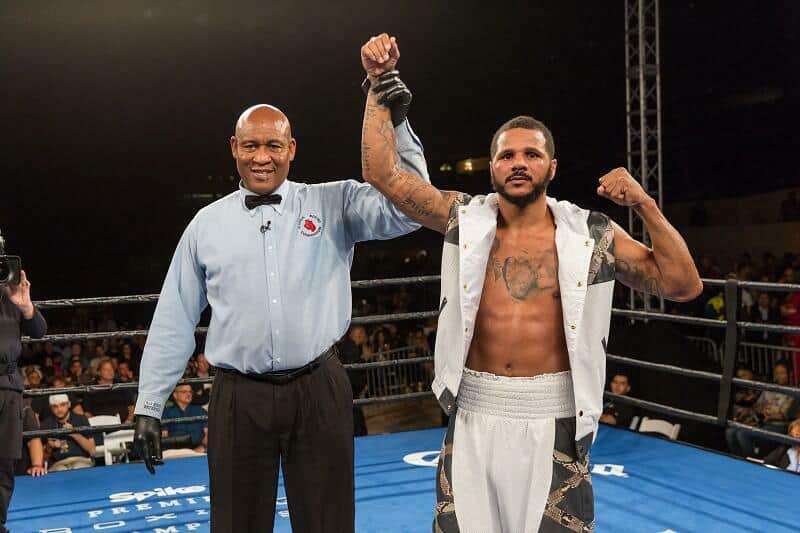 “He was a tough guy. I give him credit, but I put on a boxing clinic and that’s what I had to do to win this fight. So, that’s what I did. He wanted to brawl, but I just showed my skills and let the damage pile up.

“I was hurting him to the body, but then he dropped his hands and stopped protecting his head as much, so when I would hit him to the body my gloves would slip down and hit him kind of low. So, I decided to just box him and punch to the head.

“I want a world title shot now. I want my title back. I think I deserve it. I put on a good boxing show tonight and I deserve another shot.”

“I hurt my left hand in the fight, and that put me at a disadvantage because I couldn’t really use it.

“I was never hurt. I got hit with some big punches, but was never stunned or hurt.

“Dirrell was very strong and hit very hard. He’s a strong guy and a very good fighter. I thought he was before I fought him and I still do.”