The pair collide at the Barclays Center in Brooklyn, New York to decide the world’s number one fighter at 168 pounds. 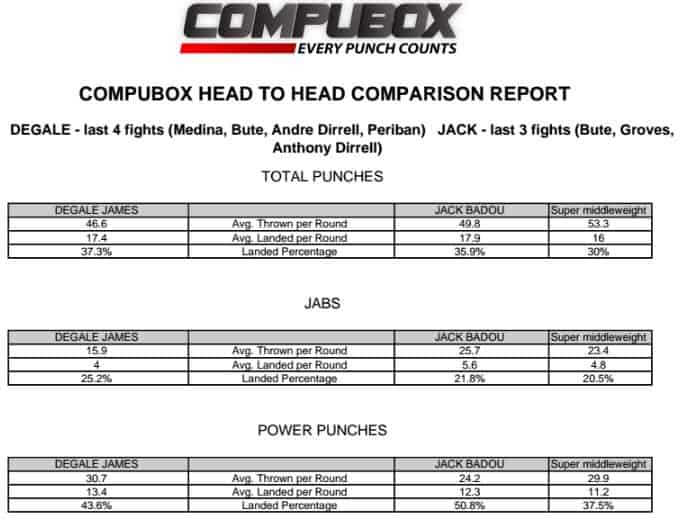 CompuBox: Both throw and land similar amount of total punches. Jack is busier with the jab, but not as accurate.

Jack landed half his power punches (13.3% higher than wgt. class avg.). Opponents landed 34.3% of their power shots vs. DeGale.