Tickets for the live event, which is promoted by About Billions Promotions and Mayweather Promotions in association with TGB Promotions, are priced at $250, $100, $75, $50 and $30, not including applicable fees, and are on sale now. Tickets can be purchased online at www.ticketmaster.com or by calling 1-800-745-3000.

Here is what the participants had to say:

“We’ve brought Granados into camp for sparring before but I’m a much different fighter now. I know he is too and I think it’s going to make an exciting, explosive fight. Granados is no pushover. He’s not an opponent that anybody can just pick up a win. I knew Adrian Granados will bring the best out of Adrien Broner.

“I’m confident that I’m more determined than any other fighter I’ll face. I’ll also have a few tricks up my sleeve on fight night. I haven’t shown everything in my arsenal.

“I’ve mostly fought at home in Chicago but I’ve always wanted a tough challenge on the road like this. I’m excited to step into someone’s backyard and be the villain who ruins the day.” 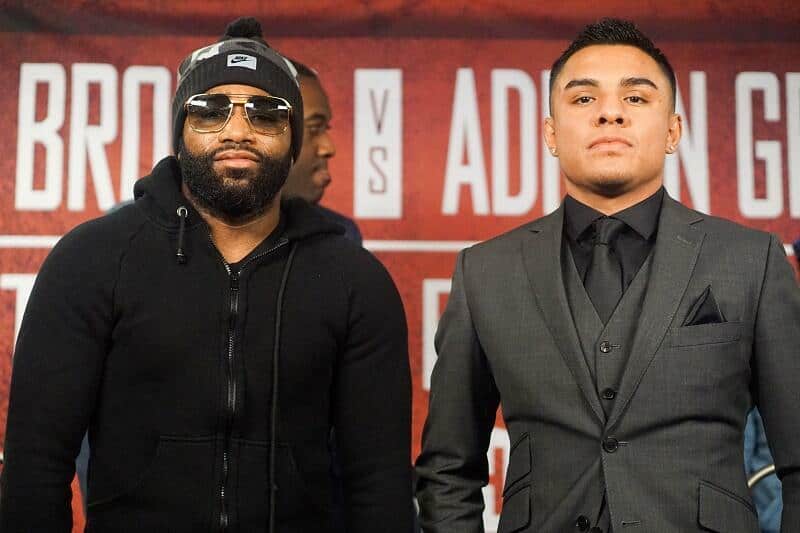 “These are going to be two hungry lions in the ring, and that’s what it’s all about. It’s about giving the people entertainment. Adrien Broner is flashy, flamboyant and outspoken. He’s still young and has a lot to go out there and prove. He doesn’t just want to show that he’s one of the best, but that he’s the best in the sport.

“You have to go out there every day and prove you’re the best. Adrian Granados is always in action-packed fights and he brings excitement. This is a great matchup. These guys know that they aren’t fighting pushovers. It’s the best versus the best.

“I want both fighters to give Cincinnati and the whole world a great fight. You’re young, hungry and dedicated. Show the world what you’re about.”

RAVONE LITTLEJOHN, CEO of About Billions

“This is going to be a great fight for the city of Cincinnati. Adrien is undefeated when he fights in his hometown. We can’t wait to do it again.

“It’s been a year since Adrien’s last fight in Cincinnati and we’re excited that the time is now. It’s going to be a tough fight. Adrien knows that Granados isn’t easy at all.

“We’ve brought Granados in as a sparring partner before so we know what we’re up against. I think this is a perfect matchup for Adrien and the fans to enjoy a great night of action.”

“We know on February 18 that Adrien Broner is going to bring his best. He’s one of the top stars in the sport and I know that he’s going to put on a great show for his city.

“Adrian Granados has only lost by split or majority decision, no one has ever dominated this man. We know that he’s going to be there to make this a competitive fight.

“We’re looking forward to working with About Billions on making this a great, sold-out event. This venue is fabulous and we think it will be electric on fight night.”

“Adrien has been training hard for this fight. This is about winning. Adrien wants to win and he wants to compete. This is a going to be an exciting and explosive fight.

“This is going to be a great fight with a great undercard. It’s going to be a fun atmosphere and we hope that everyone comes out and supports us on February 18.”

“Mike Stafford and I go all the way back to about 1978 at the Olympic training center. We’ve trained a lot of guys together and I know him very well. I’ve come here to bring fighters for sparring since Adrien Broner was a little kid.

“Adrien Broner has the big name and every fighter needs a big name so that he can take that step up. It’s a business and we’ll mean business inside the ring.”