The 30 year-old former world title challenger was taken to hospital on a stretcher following the incident, and despite undergoing surgery amidst fears for his life – is said to be out of immediate danger.

Based in Cologne, Charr was on a night out with musician Kay One when the incident took place which witnesses say was due to provocation towards the former fringe WBC title holder.

The shooting shocked onlookers as ambulance staff tended to the stricken sportsman and was then posted on various social media outlets. The perpetrator fled in a car, according to various reports, and is still at large. 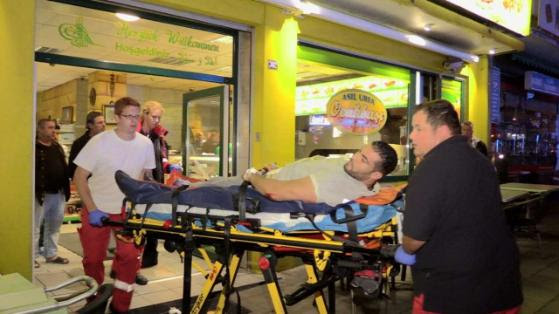 Charr has seen his career take a considerable downturn recently despite initially punching his way to a failed 2012 title shot against Vitali Klitschko – which ended with the Lebanese born boxer being stopped in the fourth round.

Since then, ‘The Diamond Boy’ has lost three of eight bouts, with the latest being a crushing one-punch fifth round knockout to Mairis Briedis just under two weeks ago in Grozny, Russia.

With his career in limbo, the latest turn of events has put even further doubt on a ring return.