On Friday, one day before the boxing matches, the fighters went to Brandenburg for the scaling. The Swede Granat brought considerable body weight of 119.4 kg. His opponent, the Bosnian Haris Radmilovic brought 112.9 kilos. The fight in the heavyweight division is scheduled for 6 rounds.

“Adrian has performed very well under his coach Bülent Baser. The audience in Bestensee can look forward to a strong showing,” said the promoter of the EC-Boxing Erol Ceylan.

Adrian Granat has been preparing in Hamburg together with the WBA champion Ruslan Chagaev, who will defend his title on the same day in Magdeburg. 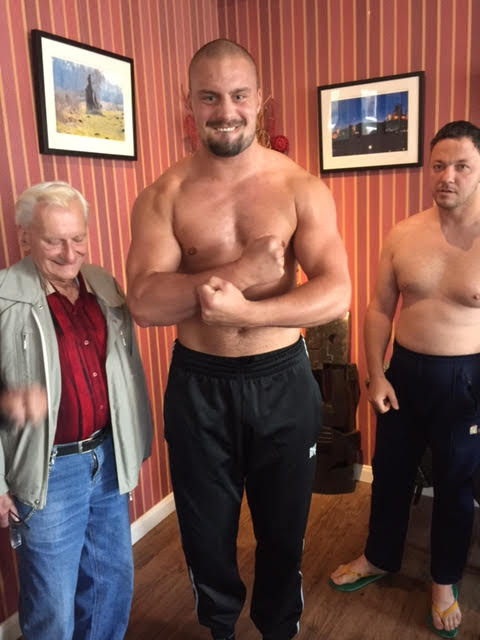 Nikola Milacic weighed 90.6 kg. His opponent Zeljko Bojic, who had also traveled from Bosnia-Herzegovina, weighed two kilograms less on the scales. The fight over six rounds will be held at cruiserweight (at 90.72 kg).

The event is organized by the Berliner in Bestensee Wiking Box teams. Remaining tickets for Profiboxgala are on July 11 from 18:00 clock at the box office of Landkost Arena ( Goethestr. 17 15741 Bestensee ) available. The main fight of the evening see world title challenger Eddy Gutknecht fighting at super middleweight over eight rounds against Slavisa Simeunovic (17 victories).