Robles delighted with Margarito progress, sure he could beat GGG

Respected trainer Raul Robles is putting ex-pound for pound star Antonio Margarito through his paces ahead of a possible comeback by the Mexican in the coming months.

Margarito, 37, has been out of action since a 2011 rematch defeat to fierce rival Miguel Cotto but is now back in full-time training with Robles, as the former world champion eyes a return to the top of the sport against the best around.

A suspect eye injury that hampered Margarito in his later fights has been given the all-clear. Robles does not doubt that ‘Tony’ can be successful against the cream of the crop between the super welterweight and middleweight divisions.

“Antonio is working with me on his physical condition. We have had three weeks. He has exceeded all the physical tests I have imposed on him,” Robles exclusively told World Boxing News.

“Margarito remains the same athlete that he has always been for the past 22 years, except his motivation is much higher and greatly strengthened by his wife and two young children.” 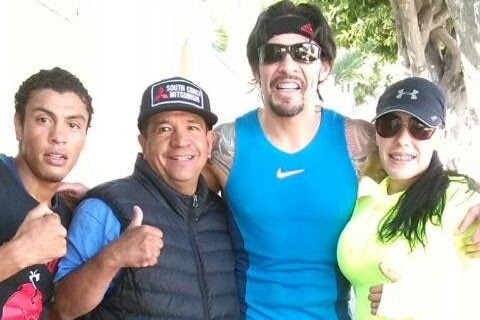 A third fight with Cotto has already been addressed by Margarito himself, along with an all-Mexican blockbuster against Canelo. However, Robles says a move to 160 to take on formidable puncher Gennady Golovkin could prove fruitful.

“Once everything is in place, Antonio will return between 154 and 160lbs against the best fighters in the world. His eye is okay. He is strong and has clearance from doctors to fight.

“He can fight any of the best, Cotto or Canelo. I truly believe that he can beat GGG – even though Golovkin is very strong,” added Robles.