The 27 year-old demolished seasoned ex-world title holder Edgar Sosa in two painful rounds at the Inglewood Forum in California to take his unblemished record to 43-0 with a 37th knockout on the Gennady Golovkin v Willie Monroe bill.

Despite already being recognised as one of the sport’s most feared fighters, ‘Chocolatito’ was largely unknown to an extended portion of the boxing world – but after his display at the weekend, the cat is well and truly out of the bag.

Gonzalez stalked Sosa from the very first minute and visibly hurt the Mexican with every punch, dropping him several times until referee Raul Caiz Sr stepped in to end the challenger’s misery. The victory marked a turning point in the career of Gonzalez who has the many years left to reign and could go much further up in weight.

At his tender age, Gonzalez could easily overtake Rocky Marciano’s 49-0 record of retiring undefeated without even a draw on his record, and in the process end any hopes Floyd Mayweather had of beating and keeping that tally long term.

Mayweather has reiterated that he will have just one more fight which would equal the total set by heavyweight Marciano, although the way Gonzalez is headed that mark could easily be surpassed and extended beyond anybody’s reach.

Looking at the lower divisions, there aren’t many fighters that could stand up to a beating from Gonzalez on Saturday’s form as talk of a move up to super flyweight to battle WBO champion Naoya Inoue already fills the column inches.

The lower weights have been crying out for another pound for pound superstar since the likes of Filipino’s Manny Pacquiao and Nonito Donaire thrilled fans on their rise to bulkier divisions as the exciting Gonzalez firmly puts the spotlight on the less fashionable poundage’s once more.

The potential is there to rule for many years to come as Gonzalez pushes to number three on the WBN P4P list. 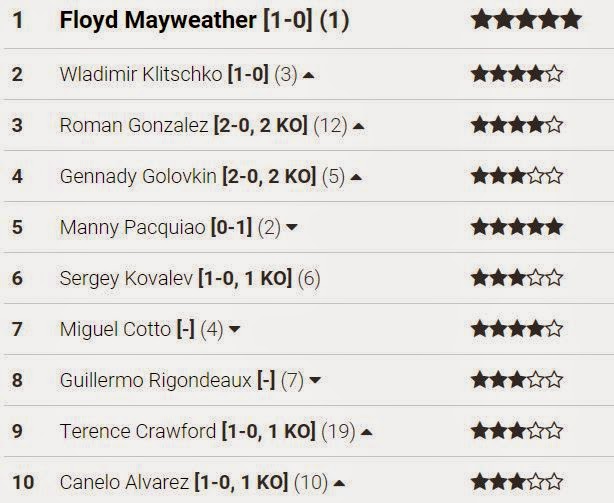