Garcia stated to his promoter that De La Hoya had to make the fight next, despite Ellerbe explaining that Davis is the A-side.

De La Hoya has to bow to specific stipulations, with Davis being the money generator, according to Ellerbe. So far, the Golden Boy boss has not played ball.

Ellerbe responded to a video of De La Hoya speaking to fighhype.com.

On making Davis vs Garcia, De La Hoya said: “When we talk about a Gervonta Davis vs Ryan Garcia fight, it shouldn’t be that tricky to make. 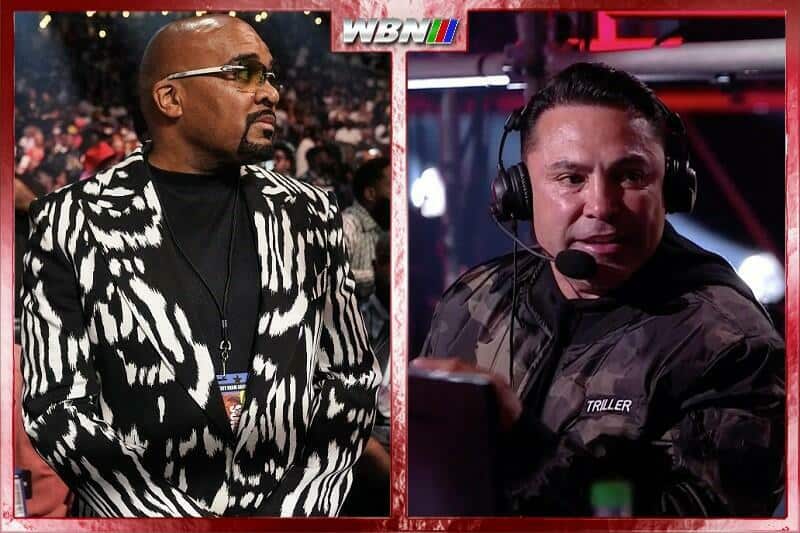 “But since you have to guys that are A-sides, it’s going to be a little back-and-forth.

“It’s all about just being fair, basically. Because both guys sell, both guys have a name. They both can sell PPVs — even though Ryan hasn’t fought on PPV.

“They both can sell arenas. They’re the draws. So it’s not tricky to make, but it can be a little complicated.”

As usual, Ellerbe did not hold back with his assessment.

“We will present the info to an arbitrator who then can determine the winner. The winner donates the money to a charity of their choice. The public can see who’s lying!

“Oscar’s assertion that Tank and Ryan are equal is all bull, and anyone who can add knows that.

“Tank has done substantially more than 100k buys in everyone one of his PPV fights.

“Oscar is trying to do everything he can not to make a fight. It’s time to expose the facts. This is a terrible look for Ryan and his promoter.”

So far, Gervonta Davis and Ryan Garcia are a million miles away from fighting each other in 2022. It’s not as simple as Garcia demanded the fight.

There’s much to discuss. However, Mayweather and Ellerbe have said on more than one occasion that Tank is happy doing Tank.

He will continue to do his own thing, whether Davis fights the big names or not.