Naoya Inoue now has a firm path to the undisputed title following another brilliant stoppage after the announcement of Nonito Donaire vs. John Riel Casimero.

All hail “The Monster.” Inoue did it again, knocking out IBF No. 1 contender Michael Dasmarinas in the third round with a left hook to the liver to retain his WBA and IBF bantamweight world titles at The Theater at Virgin Hotels Las Vegas.

Before Inoue’s exceptional performance, it was announced on tonight’s SHOWTIME telecast that yet another huge summer unification fight had been added to their summer lineup.

Regarding Inoue (21-0, 18 KOs), he improved to 16-0 in world title fights, knocking down Dasmarinas three times. Each one was a pulverizing body blow.

It soon became clear that Dasmarinas was no match for Inoue, who won the opening round and scored a knockdown in the second. Two more knockdowns in the third were all she wrote. 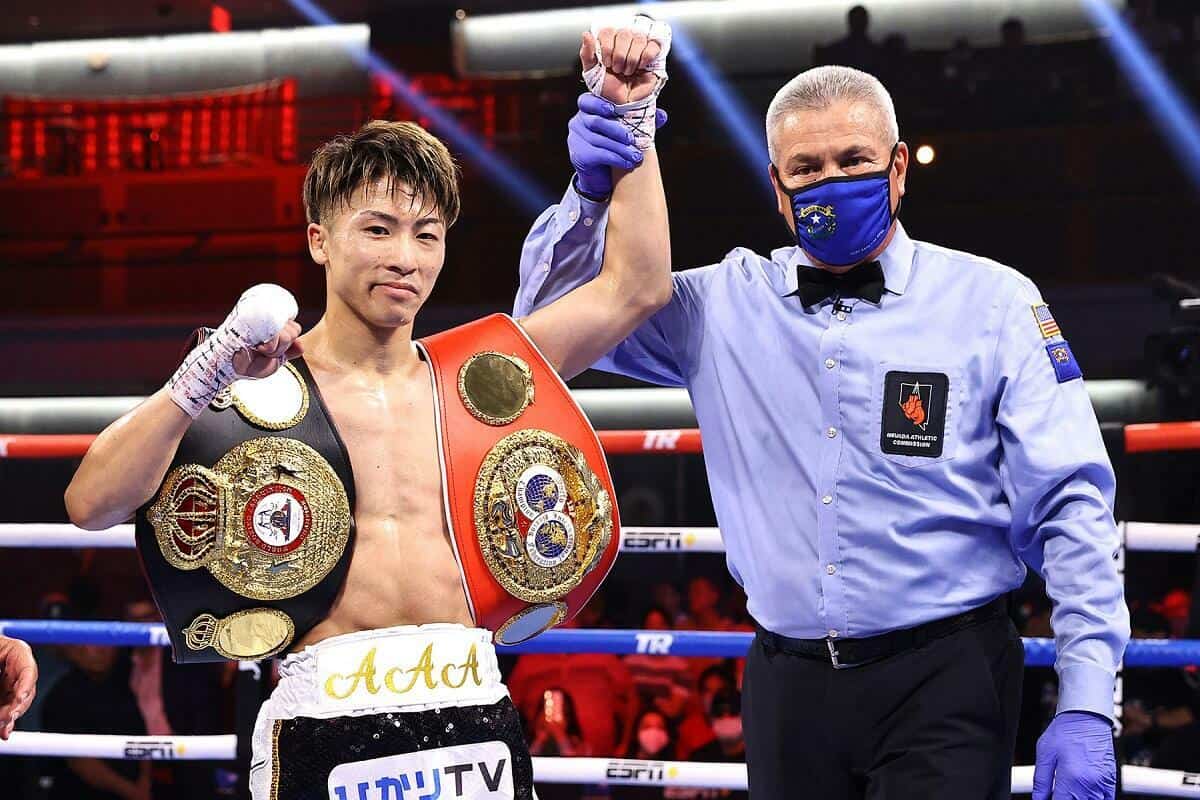 With the win, Inoue now wants to fully unify the division, which could happen after WBO champion Casimero and WBC champion Donaire fight this summer.

Inoue said, “Against the number one ranked fighter, Dasmarinas, I think I had a great win.

“I prepare myself to knock them out, whether with a head shot or a body shot. I came prepared and to get a win by knockout is good for me.

“The first round, I just wanted to see what he had. It depended on how he came out, and after a little while, yeah, I thought I could get him out.

“Getting the win makes me smile, but to be able to fight the winner of Casimero and Donaire, that brings me another smile.”

Added Top Rank chairman Bob Arum, “Naoya Inoue is a unique force of nature inside that ring. Another incredible performance from ‘The Monster.’

“We see a great fighter at work here, and he is only going to get better.”