A further twist has developed on the potential for Deontay Wilder to delay a Tyson Fury vs. Anthony Joshua undisputed unification.

“The Bronze Bomber” won an arbitration ruling on Monday that can effectively put a block on Fury vs. Joshua unless a deal gets struck.

WBN speculated whether Wilder would be willing to take a cash payment and potentially an undercard fight to wait for the winner.

That way, Wilder gets to fight for all the belts.

But Fury’s US promoter Bob Arum says they won’t pay any money to Wilder. They would instead arrange that fight first.

Speaking to ESPN in a shocking turn of events, Arum stated: “We’re not paying Wilder to step aside.

“It’s better to get rid of him and go about our business. We can make the Fury-Joshua fight for November or December.”

Arum has gone the extra mile already in booking the newly-built Las Vegas Raiders Arena for a summer date to end the ongoing trilogy.

This news will come as a crushing blow to Joshua’s promoter Eddie Hearn. The Matchroom boss had worked tirelessly, though slowly, to get the deal done.

No sooner had he confirmed August 14th, as the date did UK fans’ dreams get taken away. 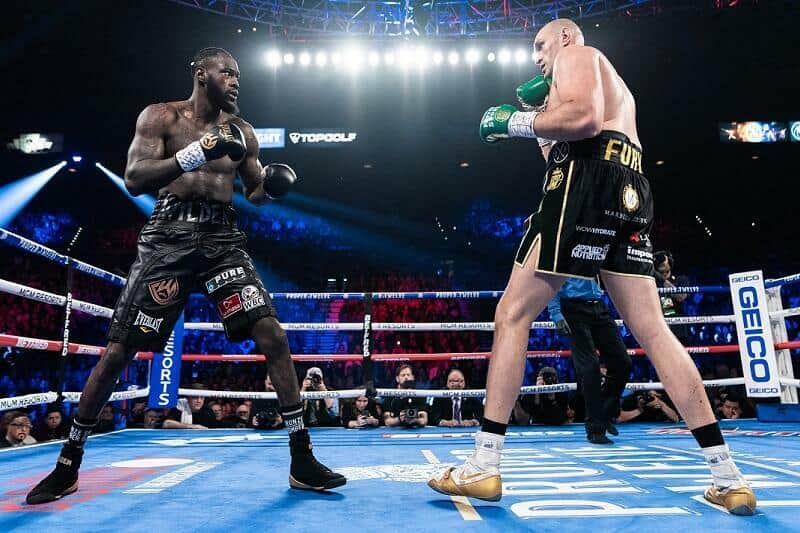 Fury’s UK handler Frank Warren is hopeful the Joshua fight can still happen before Wilder gets his opportunity.

“There has to be some consideration,” Warren told talkSPORT “If we can get to some form of solution and he agrees to it, the benefit to Wilder is if Tyson wins the fight against AJ, then instead of fighting for just the WBC belt, he’ll be fighting for four belts.

“It’s a problem, and we have to deal with it. If Tyson has to fight Wilder, then that fight [against Joshua] will get delayed.”

One upside to Fury vs. Wilder III happening before the AJ clash would be the potential for a UK venue in 2022. At present, Wembley Stadium did not get considered to host.

If Fury vs. Joshua moves to the summer of next year, the capacity to stage a 90,000 plus blockbuster increases dramatically. Whether Hearn would be willing to take a loss on a Saudi Arabia guarantee could be the big sticking point, though.