Terence Crawford vs. Manny Pacquiao ‘definitely not going to happen’

A welterweight super fight between Terence Crawford and Manny Pacquiao is “definitely not going to happen” before the latter walks away from the sport.

That’s the view of DAZN promoter Eddie Hearn, who has written off the chances of the clash taking place.

Hearn appeared on the Ak and Barak Show for his weekly hit. The Hearn Report also included updates on several subjects.

Hearn once again labeled Women’s champion Taylor as the best fighter in the world.

Snippets of what Hearn discussed are below. You can watch or listen in full on Sirius XM or DAZN.

Lawrence Okolie has progressed in his career.
He’s a great size, so his punching power is right up there with the best.
If you rush Okolie, you’re going to get popped.
Okolie is like Wilder w/ a boxing IQ. He’s getting better.
He believes he will unify the cruiserweight division, and you’ll see him in the HW division in 2022.
He likes Vergil Ortiz and Jarron Ennis. Ortiz vs. Ennis could be a good fight. 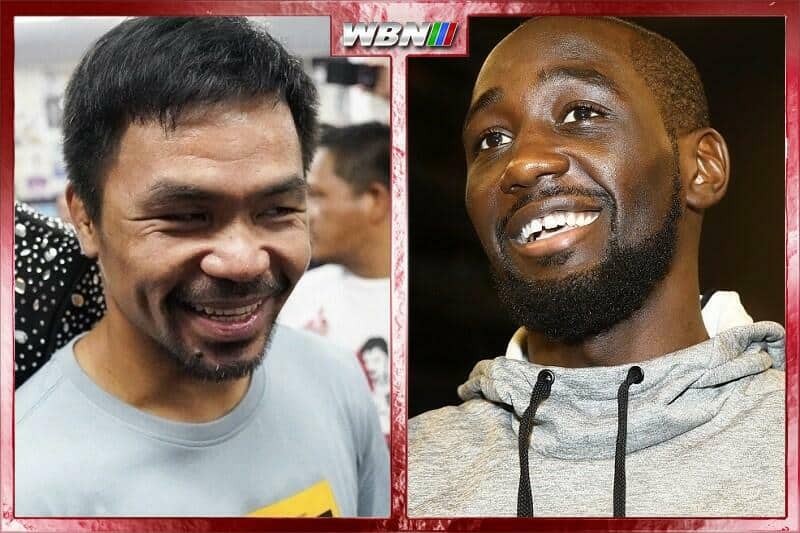 The only way AJ could get Fury into the ring was to give up 50 percent.
Katie and Claressa could be getting in the ring at different weights.
Katie is the best fighter in the world.
He doesn’t look too deeply into male versus female. He looks at the value of the fighters and the fight.
There’s not enough equality in women’s boxing.
Katie Taylor-Amanda Serrano would be a great fight.