De la Hoya appeared on The Ak and Barak Show to reveal what actually went on behind the scenes when Garcia announced the fight on his Instagram.

The ten-time world champion also discussed several sports topics, including his comeback and working with Triller.

• Canelo working with Eddie Hearn is good for boxing, and everybody wins. Canelo is on top of the world right now, and I wish him all of the best.

• I have no doubt whatsoever that I’ll one day work with Canelo again. Everyone thinks the grass is greener on the other side – we’ll see.

• Nothing ever happened for a Garcia-Pacquiao fight – it was all just chatter. I respect Ryan for wanting to fight the best and be the best, but it’s not a deal unless it’s a signed deal in this business.

• Ryan needs to stay on the right path. I need for him to be on top of the boxing world and calling the shots. It’s difficult for me to have the upper hand when he’s calling out Tank, and Tank wants to call the shots. 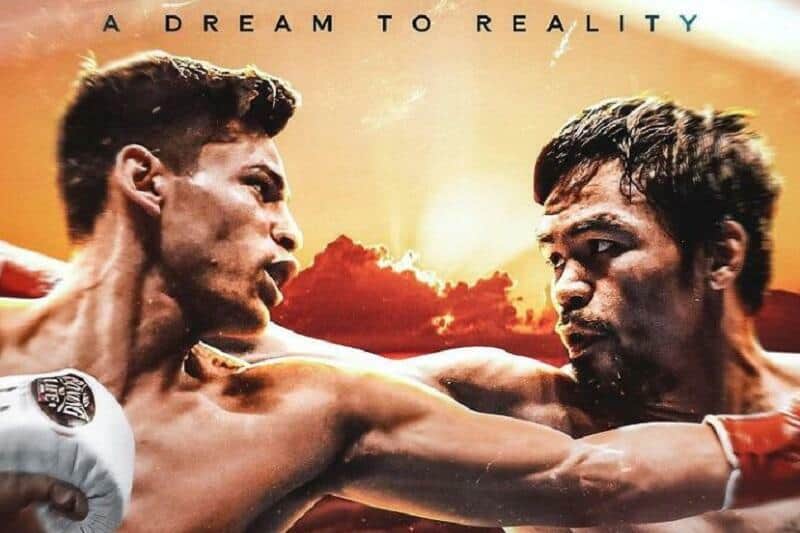 • I’m excited to talk to Ryan about something exceptional – something no one has done since Ali. We’re looking at a three-fight global tour that Ryan can be involved in.

• I’m a businessman. Wherever there is an opportunity, I will chase it. I’ve become good friends with Ryan Kavanagh at Triller, but I won’t be fighting on the Teofimo card.

• I’ve never met someone as nice as Teofimo outside the ring.

• Ryan can undoubtedly become the face of boxing. He can become a global superstar. He’s a very genuine kid and is fan-friendly.

• Maurice Hooker is a legit test for Vergil Ortiz. We are in for a good one this weekend.

• Seniesa Estrada can make a big impact on Saturday.

• Terence Crawford is who I envision for Vergil Ortiz pending an Ortiz win this weekend.

• I love the Fury-AJ fight. AJ is a great champ and is great for the sport. I also respect what Tyson Fury has gone through in and out of the ring. Anything can happen.

• The one advantage that Fury has is size, weight, and technique. That may take him over the top vs. Joshua.

• My comeback fight will be a real fight.