On Friday, high drama ensued as Oscar De La Hoya protege Vergil Ortiz missed weight for the third time in his career at the welterweight limit.

Scaling 147.6 pounds for his clash with ex-world champion Maurice Hooker, Ortiz was forced to come back to the weight platform sometime later.

He eventually made his target but blamed faulty scales for his original mistake.

Ortiz responded to several calls on social media to move up to 154 pounds due to this outcome happening more than once in the past.

“The scale provided to me (same model as the official scale) was not calibrated. It was off by half a pound,” explained Ortiz.

“If my scale were right, I would’ve known that I wasn’t really on weight. I would’ve lost it 6 ounces. It’s not my fault, so don’t come for me,” he added.

At 16-0 with 16 KOs, Ortiz is on the verge of a world title shot. He battles “Mighty Mo” for the WBO International Welterweight Title.

A chance to face Terence Crawford in the future is firmly on the line.

The action will take place this Saturday, March 20, at Dickies Arena in Fort Worth, Texas. It will be streamed live exclusively on DAZN worldwide, including the U.S. and Mexico. 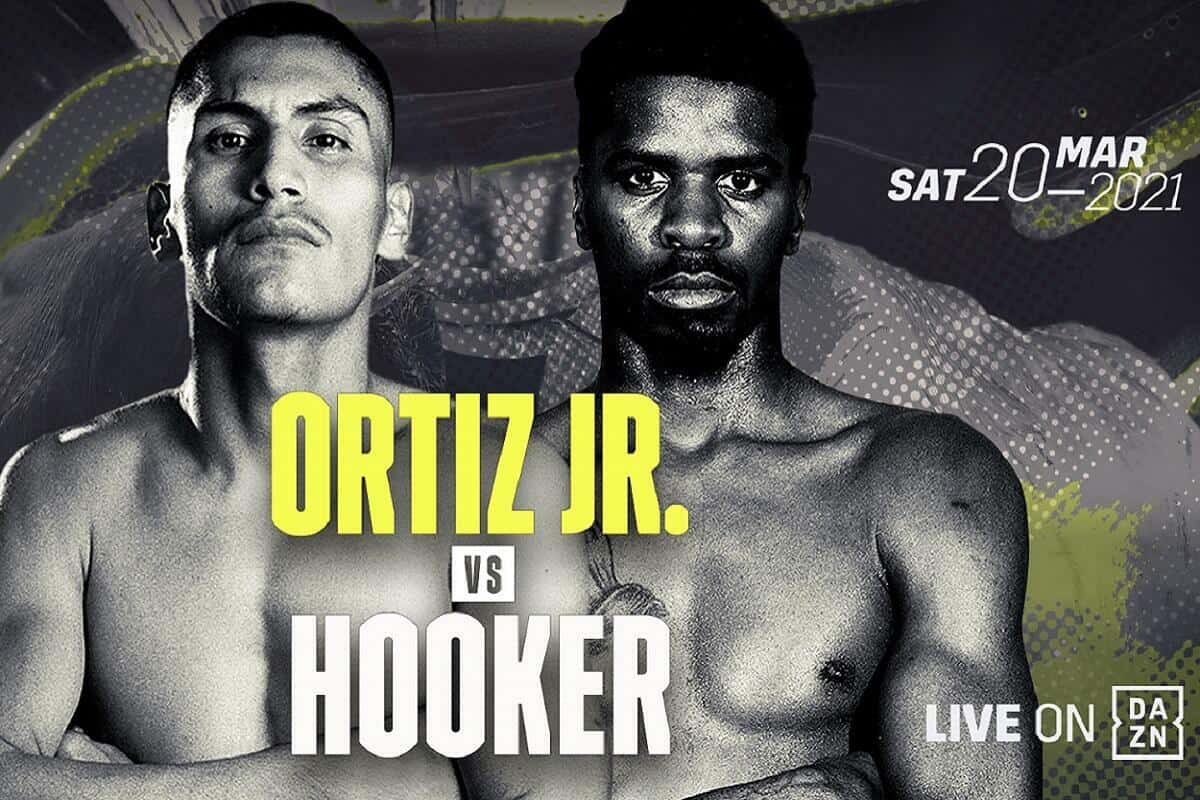 At the final press conference yesterday, both men were focused on the job at hand.

“I have the confidence of my promoter and team behind me. I had a great camp, and I am ready to go.

“We will find out on Saturday if my power and size will be too much for him. I have never been in the ring with him before, so I don’t know how he will take it.

“But it’s not just power with me. It’s not just my physical attributes. My best attribute is my thinking ability, and I’m going to do a lot of that on Saturday.”

Hooker said: “This fight will mean everything to me. I’m happy to be back at home where fans at home can see me.

“And it’s great to give to the fans something special after all they have been going through.

“I’m excited. My team is excited. I’ve worked hard. The fact that I’ve been called the underdog has pushed me more.

“I’ve prepared well for this fight. I’m going to go in the ring, do my business, and have fun with it.”

“Everyone is saying that he is the next big thing in the welterweight division. And he is. But first, he has to get past Maurice Hooker, and that is no easy test.

“This is a real fight and a tough test for him. If he beats him, he will go straight to the top of the division, where there are many big fights to make.

“I can’t say who I want him to see next because this Saturday’s fight is a big test.

“They’ve studied Maurice. So that’s why I feel this will be an amazing fight.”