Deontay Wilder looks set to be put forward for a final eliminator that could secure a trilogy with champion Tyson Fury.

WBN believes the World Boxing Council will order Wilder to face interim champion Alexander Povetkin if he comes through Dillian Whyte this month.

Povetkin and Whyte are set to rumble again on March 27.

If the Russian can repeat his last August feat when he knocked Whyte out, Wilder comes into the picture as the WBC number one contender.

Wilder retained his place at the helm in the latest March WBC Ratings despite being shunned by champion Tyson Fury for a contracted third encounter.

The situation means “The Bronze Bomber” is in the way of Povetkin (or Whyte) challenging Fury – even with the interim title in their possession.

WBC chiefs will meet soon to discuss the mandatory matter. WBN sees no other outcome but for Wilder to be ratified for the interim title next. 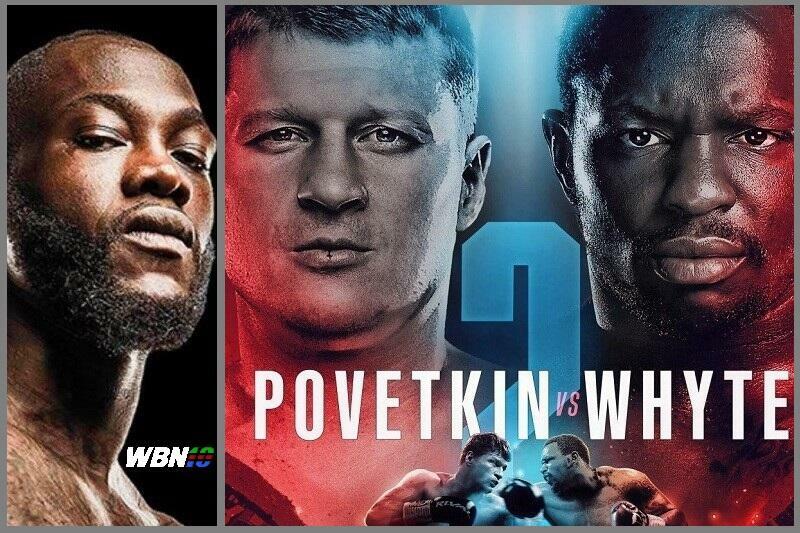 It will be some small consolation for the American puncher after Fury negated their initial deal.

‘The Gypsy King’ won’t tackle Wilder for the third time after shocking allegations of cheating aimed against him.

Fury is entirely focused on Anthony Joshua these days and looks forward to pocketing two eight-figure checks from a two-fight saga.

As for Wilder, a three-man shortlist of fellow-PBC heavyweights seems to be the natural progression. The 35-year-old is bidding to get back in the win column.

One of Robert Helenius, Adam Kownacki, or Charles Martin should be in the opposite corner by the late spring.

It’s then on to Povetkin or Whyte, who has unfinished business with Deontay Wilder.

Povetkin tested positive to scupper a scheduled Russian encounter. In contrast, Whyte waited over 600 days for his shot, which ultimately never came.

Back then, Wilder had bigger fish to fry.