Lightweight star Ryan Garcia aired his views on a potential rematch between Floyd Mayweather and Canelo Alvarez eight years on from their first meeting.

‘King Ry’ is currently training and working alongside pound for pound king Canelo, who has lost just once during his career – to Mayweather.

The pair collided in 2013. Canelo was just a 23-year-old attempting to learn from the best when they traded blows.

Losing a controversial decision, which many believe should have been unanimous to Mayweather, Canelo had to reflect on his future for the first time.

Taking everything he could on board, Canelo has since blossomed into the sport’s biggest name. Mimicking the career path of Floyd Mayweather.

With Canelo now at the height of his powers, Garcia believes the Mexican superstar would be able to stop the 43-year-old if they rematched today.

“Canelo wins. At his best, he is much smarter. He knows how to maneuver in the ring much better,” Garcia told ESPN.

“Pretty Boy was good. But if he went directly against Canelo, he would be knocked out. He would have to box. He (Canelo) is a big guy by nature.” 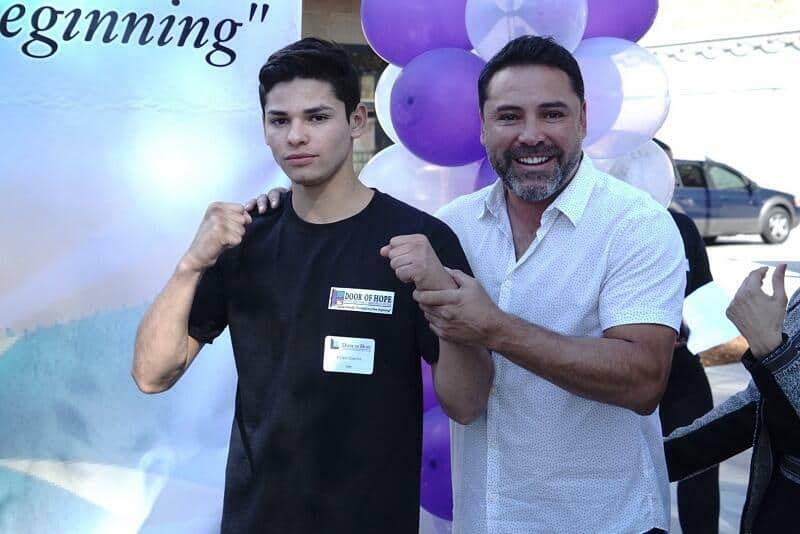 Adding his displeasure at the five-weight ruler’s transition from ‘Pretty Boy’ to ‘Money’ Mayweather, Garcia continued: “What I had a problem with Floyd how he represented himself when he got to the top.

“He threw around the image of glorifying money. I don’t like that.”

It could be a case of stating the obvious when it comes to Garcia making his prediction vocal on a super middleweight stopping a welterweight who can barely weigh 150 pounds soaking wet.

But you would have those who still see Mayweather as too elusive – even at his age now – for Canelo to catch and take out by stoppage.

Mayweather hardly took a solid shot during his whole career. You can count those incidents on the one hand.

People have and uploaded the evidence to YouTube. There isn’t much of it.

Therefore, Mayweather would still have those survival instincts to go the distance. At the same time, it is another debate entirely to state the Las Vegas native would have no chance of victory.

After all, he is Floyd Mayweather.