Rising youngster Campbell Hatton, son of Ricky Hatton, is heading for the paid ranks after signing his first promotional deal in the UK.

A chip off the block of Manchester’s two-weight world champion, Campbell has signed a multi-fight deal with Eddie Hearn’s Matchroom Boxing.

The teenager will make his professional debut in February 2021.

The Manchester City fanatic, 19, will kick off life in the paid ranks at Super-Featherweight under the guidance of his uncle Matthew Hatton.

Matthew himself is a former world title challenger.

His father, Ricky, will manage Campbell. ‘The Hitman’ transcended the sport of boxing to become one of the country’s most adored sportsmen.

“It’s a dream come true to sign with Eddie and Matchroom,” said Hatton. “There’s no bigger platform in the world that I could be signed to.

“I’m in a great position. I can’t wait to get in there now. My goal is to be as busy as possible to start with. To keep learning and improving with each fight.” 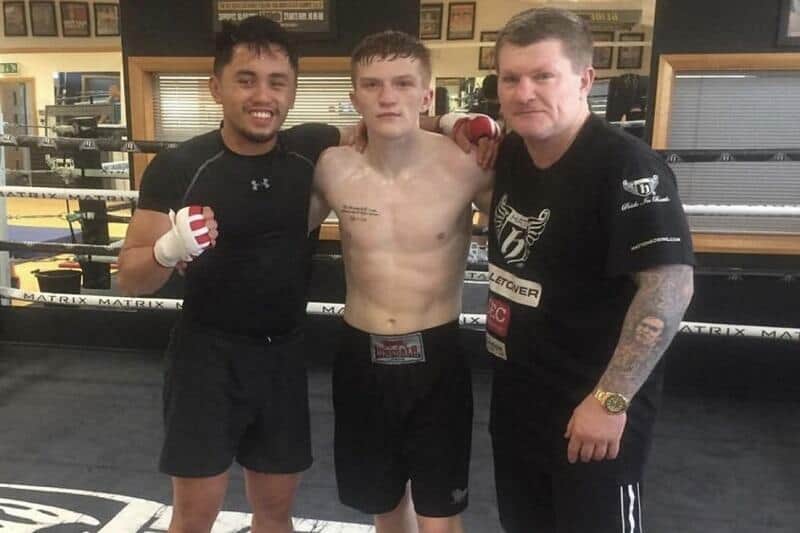 Promoter Hearn was obviously delighted to have another son of a famous boxer to guide after doing something similar with Conor Benn, offspring of ‘The Dark Destroyer’ – Nigel.

“I had a meeting with Campbell and Ricky Hatton. The hairs on the back of my neck stood up,” said the Matchroom Sport Managing Director. “We have a chance to do something very special in Manchester here.

“We will do everything we can to guide Campbell the right way. The pressure is on him. But, he has a great head on his shoulders.

“He also has a city behind him that will support him every step of the way. Let’s have some fun!”

Speaking to WBN last year, Campbell was keen not to follow his dad’s notorious outside of the ring weight gain.

“I think my dad’s lifestyle, like the going up and down in weight, had caught up with him a lot,” Hatton exclusively told World Boxing News.

“I also think the mistakes he made in his career are part of what makes him a good coach,” he added.

Get ready for another Hatton ride in boxing.