Giving WBN a sneak preview of the ‘Watch over Me’, Holyfield stars alongside rapper and long-time star LL Cool J.

Bill Goldberg of WCW and World Wrestling Entertainment fame, is set to reprise his role in the show.

See episode information below as Holyfield prepares to grace US TV screens this Sunday.

When an FBI agent is killed while trying to track the location of an undercover agent, NCIS must find the missing agent before the criminals he was investigating do, on NCIS: LOS ANGELES, Sunday, March 8 (9:00-10:00 PM, ET/PT) on the CBS Television Network. 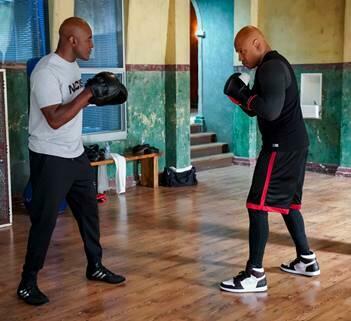 Holyfield has many acting credits to his name, including a role in Sylvester Stallone and Robert DeNiro’s 2013 collaboration ‘Grudge Match’.

Evander Holyfield is an American former professional boxer who competed from 1984 to 2011.

He ranks No. 9 in BoxRec’s ranking of the greatest pound for pound boxers of all time.